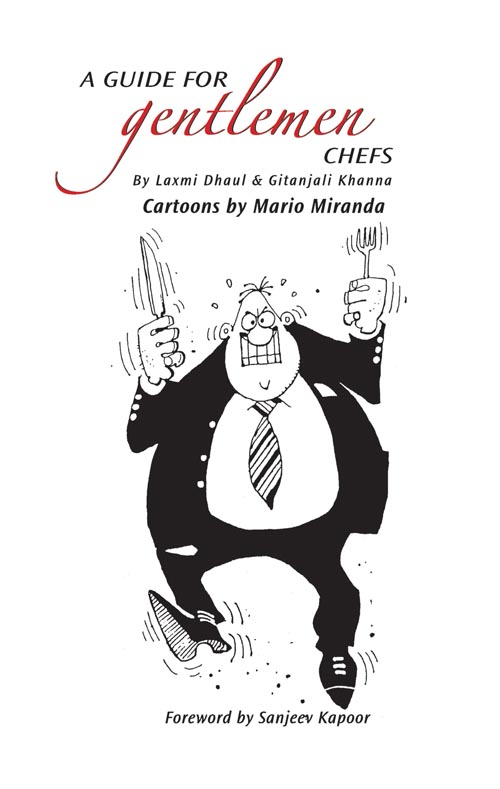 A Guide For Gentlemen Chefs

Laxmi Dhaul has authored The Sufi Saint of Ajmer and The Dargah of Nizamuddin Auliya. She has also written ChimiÃƒÂ¢Ã¢â€šÂ¬Ã¢â€žÂ¢s Dreamworld, a childrenÃƒÂ¢Ã¢â€šÂ¬Ã¢â€žÂ¢s book on environment. An alumnus of St XavierÃƒÂ¢Ã¢â€šÂ¬Ã¢â€žÂ¢s College and Seth GS Medical College, Mumbai, she is involved in setting up renewable power plants using agricultural waste.

Gitanjali Khanna has co-authored MadamÃƒÂ¢Ã¢â€šÂ¬Ã¢â€žÂ¢s Adam with Laxmi Dhaul, a book humorously illustrated by Mario Miranda. Gitanjali grew up in New York, has also lived in Dubai, but considers Mumbai as her real home. She graduated in Liberal Arts from St Bedes, Shimla, and has taught in schools in Mumbai and Dubai.

Mario Miranda, renowned Indian cartoonist, has contributed to The Illustrated Weekly of India. After studying in St XavierÃƒÂ¢Ã¢â€šÂ¬Ã¢â€žÂ¢s College, Mumbai and Portugal, Mario spent several years working in the UK. He has exhibited his cartoons in countries such as Japan, Brazil, Australia, Singapore, France, Yugoslavia and Portugal. He now lives in his ancestral village called Loutolim in Goa.