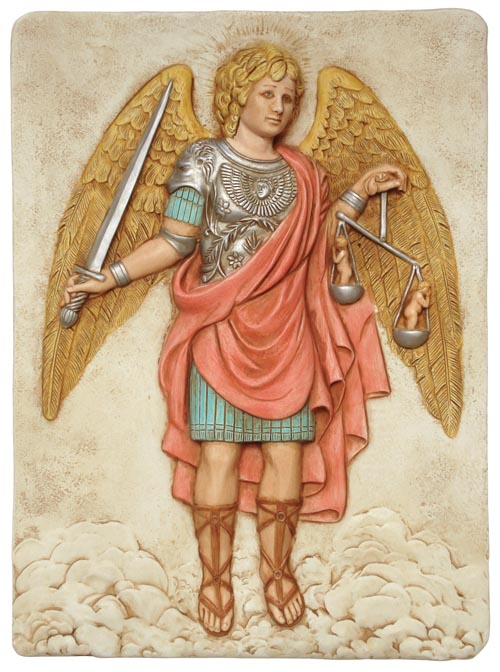 Archangel Michael with the scales of justice

His name means “Who is as God. Michael ranks as the greatest of all angels whether in Jewish, Christian, or Islamic writings. He is Chief of the Order of Virtues, Chief of Archangels, Prince of the Presence, the Angel of Repentance, Righteousness, Mercy, and Sanctification: Also, Ruler of the 4th Heaven and Conqueror of Satan. It is Michael who will descend from heaven with “the Key to the Abyss and a great chain in his hand to “bind the Satanic Dragon for 1000 years (Revelation: 20:1). It is foretold in Daniel that when the world is once again in real trouble, Michael will reappear. Among the Dead Sea Scrolls there is one titled “The War of the Sons of Light against the Sons of Darkness, where Michael is called the “Prince of Light. In this representation, Michael, holding in his hand the Scales of Justice, is represented as the Angel of the Final Reckoning and the Weigher of Souls.