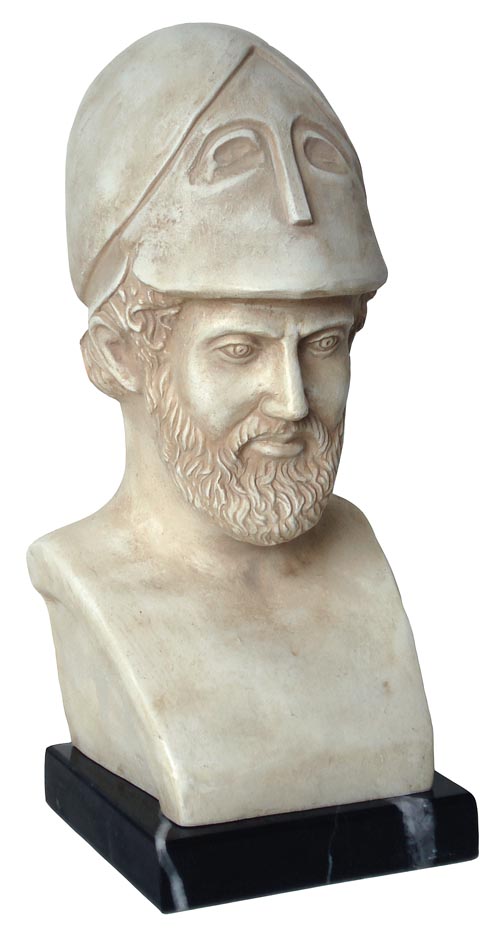 The golden Age of Athens, from 455 to 404 BC, when Athens is defeated by Sparta, is called the Athenian Age, the Classical Age, or, after its most important political figure, the Age of Pericles. Just about everything that is associated with Greek culture is squeezed into this half century of wealth, energy and creativity in Athens. All the great works of Greek tragedy and comedy were written at this time in Athens. Most of the monumental works of architecture, built from the wealth that poured into Athens from her imperial possessions, were built at this time: the Parthenon, the rebuilding of the Agora, etc. Flush with wealth and at peace with Persia and Sparta, the Athenians invested in a massive cultural flowering of art, poetry, philosophy, and architecture. Pericles was swept into power in a popular democratic movement. The democratic reforms of the Age of Pericles it’s the closest human culture has come to an unadulterated democracy. Unlike previous rulers of Athens, Pericles did not rule directly as a dictator. Instead, he used his eloquent speaking ability and keen sense of judgment to gain support for his plans and programs for his home city of Athens bringing change and prosperity to Athens.

Be the first to review “Bust of Pericles” Cancel reply