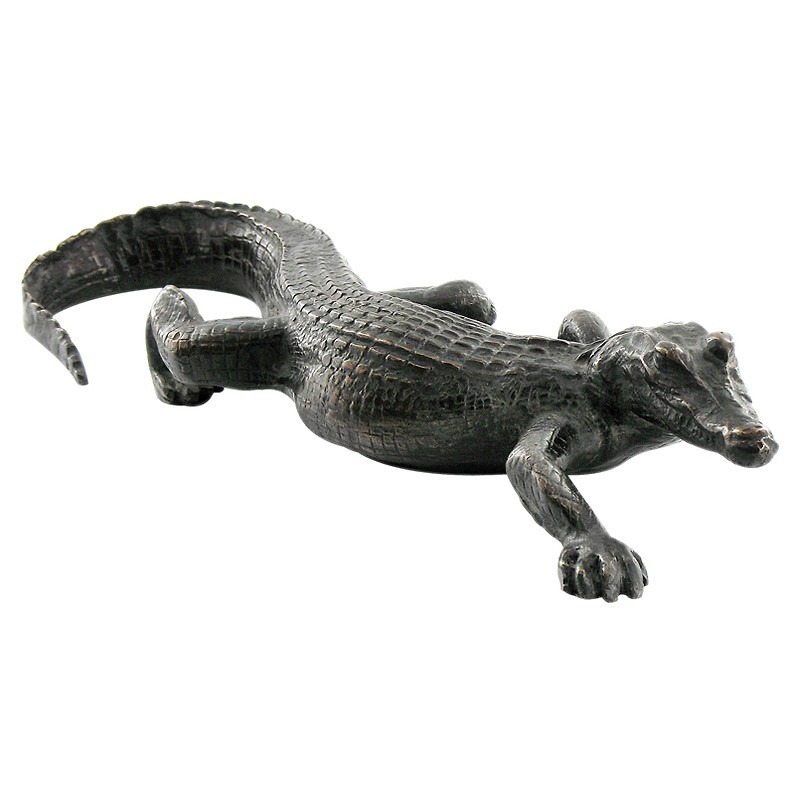 Antoine-Louis Barye (1795-1875)
Son of a Parisian goldsmith, Antoine-Louis Barye (1795-1875) began his apprenticeship in an engraver’s workshop and continued with the goldsmith Bicunais from whom he learned the different stages of metalwork, from melting to chiselling. From this hard apprenticeship, he retained the precision of line and the sharpness of drawing.
In 1816, he entered the workshop of the sculptor Bosio, and in 1823 of Fauconnier, goldsmith of the Duchesse d’AngoulÃªme; there he started modelling figurines of small animals. It was then that he studied animals at the “Jardin des Plantes”, observing their attitudes and movements.
He regularly visited the anatomy amphitheatre. Breaking away from the long tradition of Western sculpture, that usually reduced the animal to a mere accessory, a decorative motif or, better, a form of allegory, Barye actually became interested in animals themselves, carefully studying their anatomy and trying to capture them both in motion and at rest. Barye avoided a servile use of studies in animal anatomy and treated his models with a real economy of means and considerable freedom towards tradition. His desire to treat in sculpture the animal for its own dramatic values brought the artist violent criticisms. Barye’s style remained unique and this form of romanticism in the sculpture of animals would not be found again.
Attracting little esteem from official circles, Barye ceased exhibiting at the Salon after 1837. But many wealthy amateurs, such as the Duc d’OrlÃ©ans, took interest in his non-academic form of art. The bronze production of his small sized works ensured his success with a large audience despite many disappointments and setbacks.
Barye is rightly considered as one of the important sculptors of the nineteenth century and especially as one of the greatest sculptors of animals of all times.

Be the first to review “Crocodile – Barye” Cancel reply