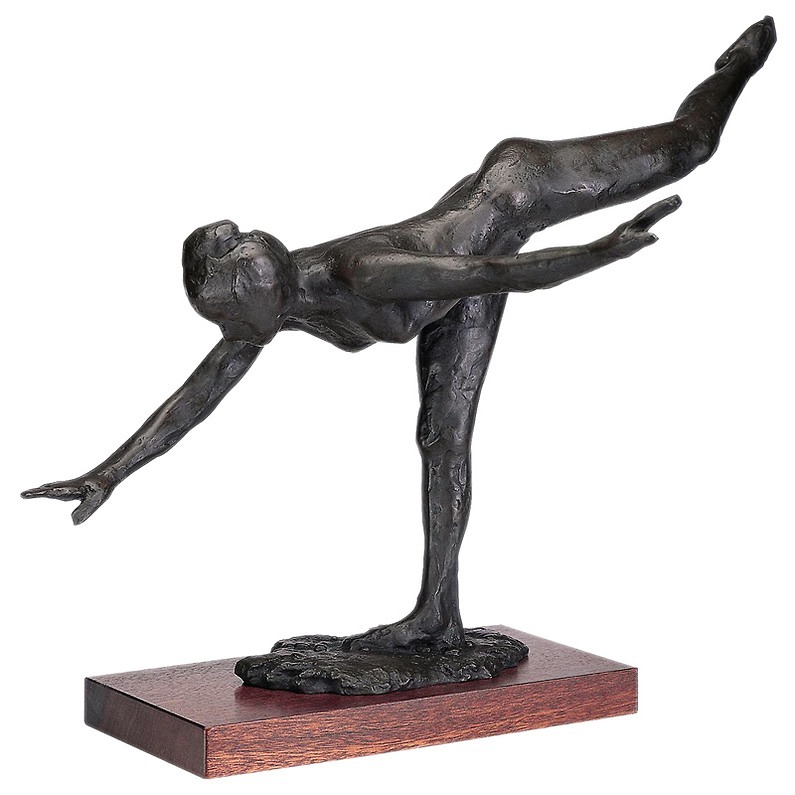 Even though he was known mainly as a painter, from the 1860s onwards, modelling occupied an increasingly important place in the work of Degas, and it became his principal mode of expression by the end of his career.
Except for The Little Fourteen-Year-Old Dancer, exhibited in 1881, his sculptures were unknown during his lifetime.
They were discovered only after he died in 1917. Out of about one hundred and fifty pieces found in his workshop, only seventy-three waxes could be saved. They were handed over to HÃ©brard who founded twenty-two series in bronze, using the lost wax method, and marked them from A to T. They were exhibited for the first time in 1921. The P series entered the Louvre in 1930.
Modelling gave Degas a new range of experience.
The older I grow, the more I realise that to achieve […] a precision so perfect that it gives an impression of life, one has to resort to the three dimensions […] because there is no place for the more-or-less here, he told the critic Thiebault-Sisson.
If he turned to the same subjects – horses, dances, bathing women – it is because these sculptures were only intended to improve his paintings.
The chronology of these sculptures are very difficult to establish and are based mainly on stylistic criteria, his increasingly free technique and his confident analysis of movement. It is believed that his first sculptures were of horses. However, he certainly started to show an interest in the human figure from about 1875 because The Little Fourteen-Year-Old Dancer and his Study of a Nude that preceded it (1878-1881) already reveal a very sure hand. Most of the surviving studies of dancers come from the years 1880-1890. By comparing them with paintings and drawings, and because of their style, the Spanish Dancer can be dated between 1882 and 1900 and the Grande Arabesque, Third Time to the years 1885 to 1890.
The original wax of another study, less finished but probably made later, was donated to the MusÃ©e d’Orsay by the great American collector Paul Mellon in 1992.