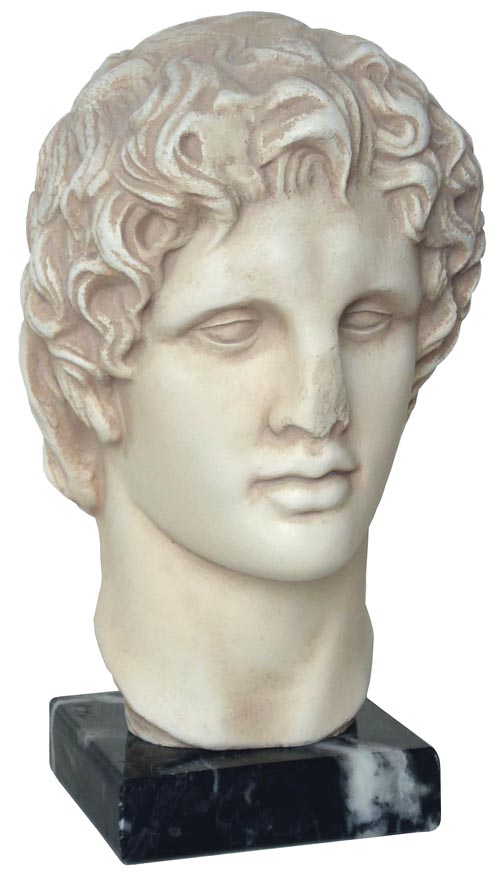 Head of Alexander the Great

Alexander was born in 345 B.C. at Pella, the capital of Macedonia. As a child, his studies were under the tutelage of Aristototle. At the age of sixteen, while his father Philip, the King of Macedonia, marched against Byzantium, he was entrusted with the governing of their country. When his father was murdered, he became King and leader of the powerful Macedonian army. After strenghtening his position in Greece, he undertook a military campaign which freed the Greek cities of Asia Minor from Persian rule. With an objective of fusing western and oriental cultures, he then went on to conquer Egypt, Persia and part of India before his death at the age of 33. These brilliant accomplishments during his brief life identify him as one the greatest of all military leaders. The Macedonian king is represented as a youth with luxuriantly wavy locks that rise upward from above the middle of his forehead like a lion’s mane, a characteristic known from all Alexander portraits. Probably an original work of the sculptor Leochares.