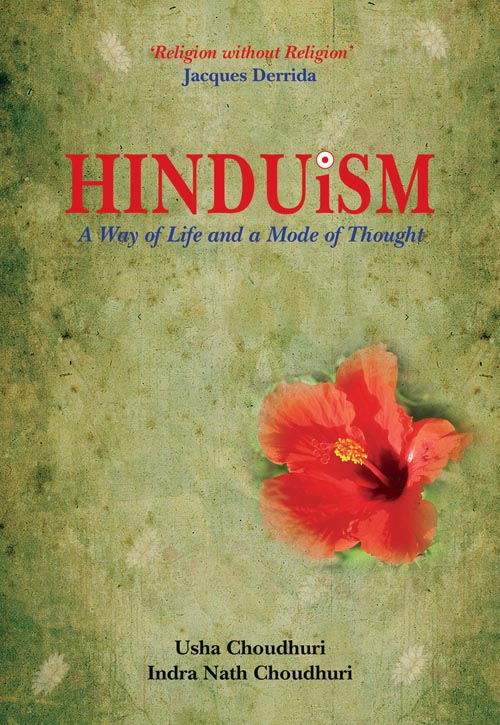 Hinduism: A Way of Life and a Mode of Thought

:
Professor Usha Choudhuri (PhD Delhi University, M.A. Sanskrit, Delhi University, especially of the Vedas, religion, philosophy and Indian mythology. She was awarded the PresidentÃƒÂ¢Ã¢â€šÂ¬Ã¢â€žÂ¢s Certificate of Honour for her valuable contribution to Sanskrit and honoured by the Delhi Sanskrit Academy and Maharshi Sandipani Rashtriya Veda Vidya Pratishthan.
Professor Indra Nath Choudhuri has been in academics, administration and cultural diplomacy. A distinguished cultural administrator of India, he was Secretary, Sahitya Akademi, and was associated with the Ministry of Culture, the Indian High Commission, London and The Nehru Centre, London. Was Member Secretary and Academic Director, Indira Gandhi National Centre for the Arts, New Delhi. His awards include the Kendriya Hindi Sansthan, Ministry of HRD Ganga Sharan Singh Award from the President of India in 2007 and the Delhi Hindi Academy Award 2009.

ABOUT THE BOOK
:
This book lays down the basic tenets of Hinduism which have evolved through centuries of belief and practice. It attempts to unravel the mystery that the word poses for many and reflects upon the freedom of choice and action that the
Hindu religion provides.

Be the first to review “Hinduism: A Way of Life and a Mode of Thought” Cancel reply