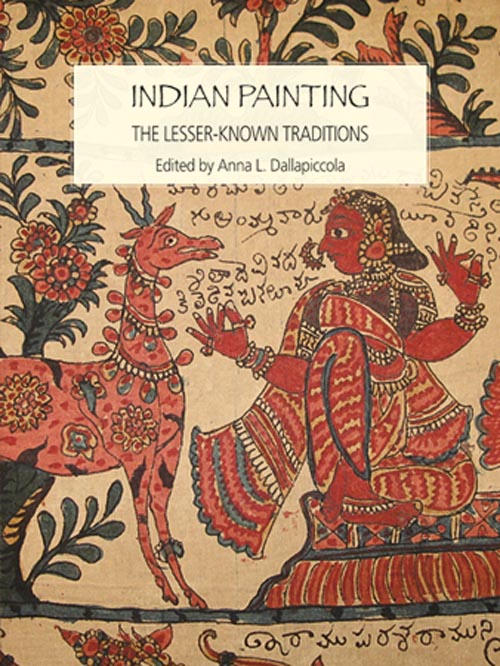 :
Anna L. Dallapiccola was Professor of Indian Art at the South Asia Institute of Heidelberg University from 1971 to 1995. In 1991, she was appointed Honorary Professor at Edinburgh University, and has regularly lectured at the School of Oriental and African Studies, London, and was Visiting Professor at De Montfort University Leicester until 2004. In India she was closely involved in the Vijayanagara Research Project from 1984 to 2001. Her current research focuses on South Indian painting, in particular on the kalamkaris in the Victoria and Albert Museum. Among her most recent publications are South Indian Paintings: a catalogue of the British Museum collection (2010), The Great Platform at Vijayanagara (2010).

ABOUT THE BOOK
:
India has an astonishingly rich variety of painting traditions. While miniature painting schools became virtually extinct with the decline of aristocratic patronage, a number of local vernacular idioms still survive and continue to develop. The present collection of papers is the volume of the proceedings of the conference ÃƒÂ¢Ã¢â€šÂ¬Ã‹Å“Indian Painting: The Lesser-Known TraditionsÃƒÂ¢Ã¢â€šÂ¬Ã¢â€žÂ¢ held in Houston in 2008. The aim of the conference was to highlight these lesser-known artistic expressions grouped, until the recent past, under the heading of ÃƒÂ¢Ã¢â€šÂ¬Ã‹Å“folk artÃƒÂ¢Ã¢â€šÂ¬Ã¢â€žÂ¢. These artistic expressions are now beginning to be recognised as of pivotal importance for an understanding of the social setting in which they have evolved. The essays concentrate on Assam, Bengal, Rajasthan, Andhra Pradesh, Tamil Nadu, Karnataka and Kerala. The time-span, covered by the works discussed by the contributors, ranges from the late seventeenth century to the present day.

Be the first to review “Indian Painting: The Lesser Known Traditions” Cancel reply