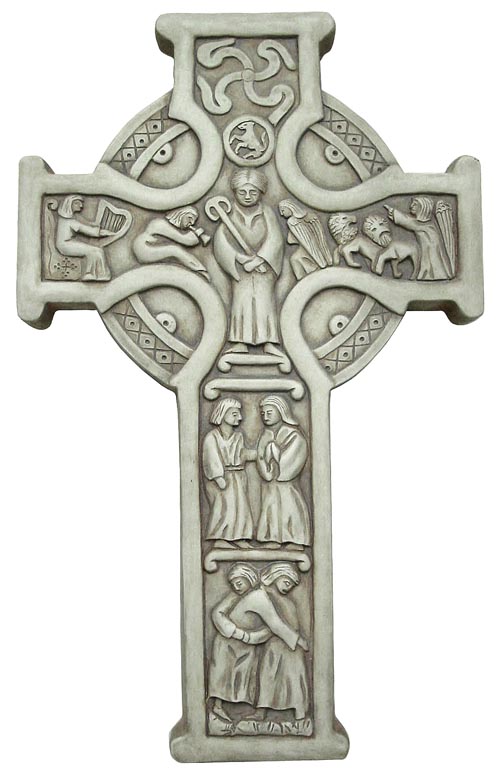 The Cross is known throughout the world as the emblem of Christianity. Its shape is derived from a pagan sun symbol, the sun wheel, which later became a symbol of the Christian Godhead. During the Middle Ages in the 8th century, most of the large medieval Irish monasteries began decorating their courtyards with enormous stone crosses carved on four sides and densely laden with Biblical scenes. Thirty or more of these crosses survive This Irish Cross shows a saint at center with a few people and animals flanking him. Below are two pairings. One pair shows a dialogue between two men. Below, two figures embrace in a spirit of solidarity. The imagery suggests the presence of a strong communal spirit in this 8th century community.

Be the first to review “Irish Cross” Cancel reply