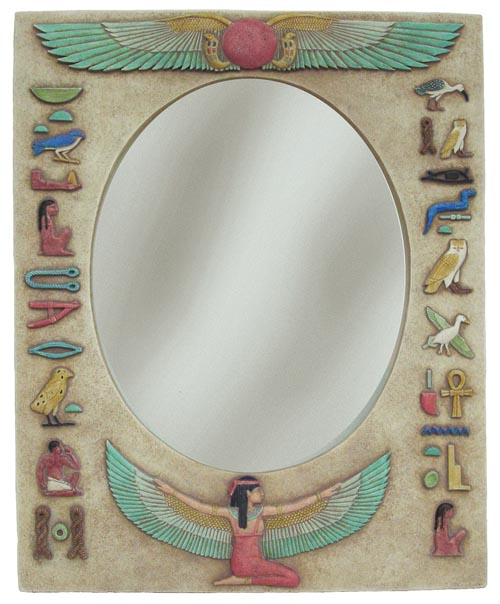 This mirror represents the Egyptian godess Isis. The name Isis means “seat or “throne. She was regarded as the symbolical mother of the King. In myth, she sought her dead husband and brother, Osiris, conceived her son Horus by him, buried and mourned him together with her sister Nephtys. Isis was regarded as the “Eye of Ra and was worshipped as the “Great of Magic who had protected her son Horus from snakes, predators and other dangers: thus she would protect mortal children also. The ancient Egyptians regarded the Goddess as the “Eye of Ra. This mirror shows Isis with her wings extended in a pose of protection.

Be the first to review “Isis mirror” Cancel reply