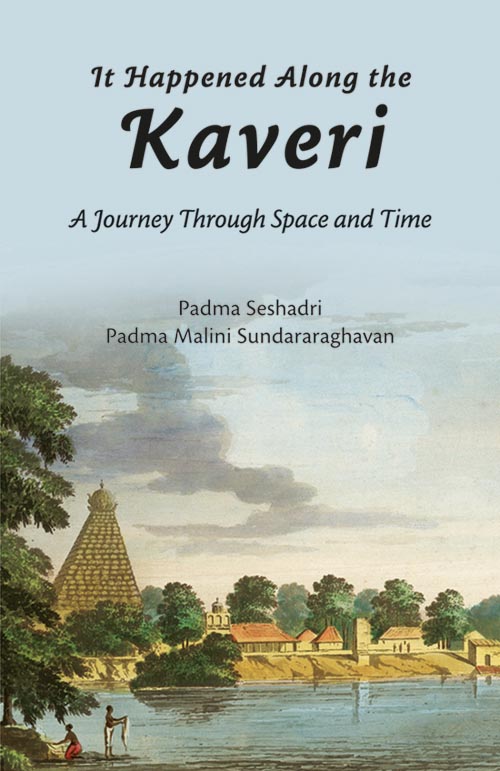 It Happened Along the Kaveri

S:
Padma Seshadri and Padma Malini Sundararaghavan worked as colleagues in the Department of English at Stella Maris College, Chennai. They share a fascination for river stories and the lives of saints, many of whom lived along the banks of IndiaÃƒÂ¢Ã¢â€šÂ¬Ã¢â€žÂ¢s sacred rivers. They have collaborated on articles for the Routledge Encyclopaedia of Postcolonial Literatures in English and a book of mythological stories for young readers. A heritage enthusiast, Padma Seshadri studied at Indraprastha College in Delhi and at the University of Leeds, and obtained her doctoral degree from the University of Madras. She has also taught at Indraprastha College, and S.N.D.T. College in Mumbai. She has authored three heritage-based books for children, and has contributed articles in publications such as The Indian Express, The Times of India, The Hindu, and ShankarÃƒÂ¢Ã¢â€šÂ¬Ã¢â€žÂ¢s Weekly.

A freelance editor, writer and teacher, Padma Malini Sundararaghavan studied at Nirmala College, Coimbatore and at Stella Maris College before obtaining her doctoral degree in postcolonial fiction from the University of Madras. Her articles have been published in journals such as
Literary Criterion.

For 802 kilometres, the Kaveri river winds her way through hills, valleys, and plains, seeking to fulfill her destiny, her union with the Lord of the Sea. In this carefully researched book on the river Kaveri, authors Padma Seshadri and Padma Malini Sundararaghavan take us from the riverÃƒÂ¢Ã¢â€šÂ¬Ã¢â€žÂ¢s origin in Talakaveri to the site of the ancient port of Poompuhar, engaging us with stories from mythology and history and anecdotes from the lives of great people who have shaped the regions along her banks.