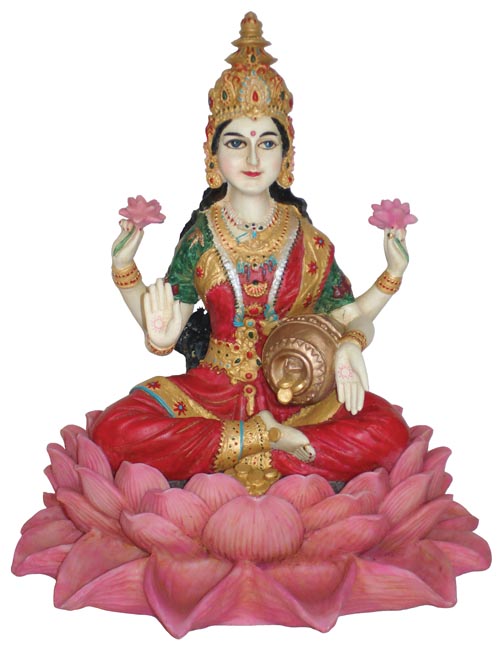 Lakshmi, the goddess of wealth, happiness and beauty emerged from the ocean of milk when the Gods churned it to produce Amrita (divine nectar) and she at once became Vishnu’s consort. She is pictured as an ideal of slim-waisted, full breasted feminine beauty. When she is depicted separately from Vishnu as in this case, she has four hands: in two of them she is holding lotus flowers, while the other two bestow the gifts of well-being and prosperity. When she is depicted with Vishnu, Lakshmi has only two hands. She sits or stands on the lotus flower, and sometimes has elephants on either side. The new moon night of November is dedicated to her annual ceremony. Lakshmi is said to reside in sweet-smelling floral garlands which bring fortune and wealth to the wearer. She also has a role as a fertility goddess and is particularly linked to the richness of the soil.

Be the first to review “Lakshmi” Cancel reply