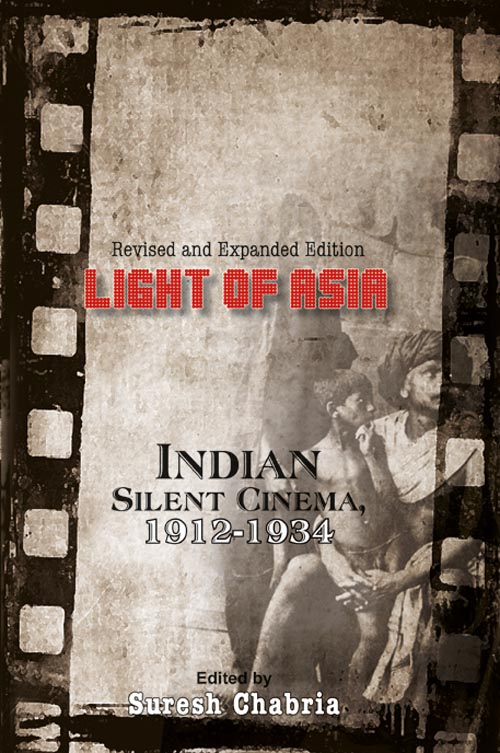 :
Film historian, curator, writer and teacher Suresh Chabria is on the Advisory Committee of the National Museum of Indian Cinemas and the Advisory Board of the Public Service Broadcasting Trust. Member of the National Committee for the Celebration of the Cinema Centenary in India and the Society for the Preservation of Satyajit Ray Films and the Eisenstein Centenary Committee, he was Professor of Film Appreciation, FTII, Pune and is the former Director of The National Film Archive of India, Pune (1992-1998). Chabria has served on international film festival juries and curated international events to showcase Indian film heritage. His other interests are painting, photography and far eastern poetry. Ashish Rajadhyaksha is Senior Fellow, Centre for the Study of Culture & Society, Bangalore. A member of the archaeological team of the University of Pennsylvania, Virchand Dharamsey is an independent researcher in various disciplines, including cinema.

ABOUT THE BOOK
:
Light of Asia: Indian Silent Cinema, 1912- 1934 in its new avatar celebrates the centenary of Indian cinema and the release of Dadasaheb PhalkeÃƒÂ¢Ã¢â€šÂ¬Ã¢â€žÂ¢s Raja Harishchandra in1913. It provides a close-up view of the nascent days of Indian filmmaking and the first steps that led to the crest where the Indian movie industry rests today. Extensively researched and updated data, archival records, new essays by celebrated film historians and commentators, crisp reproductions of silent film stills, photos of emerging movie moghuls, journal covers, colour posters of films and quaint publicity material of the timesÃƒÂ¢Ã¢â€šÂ¬Ã¢â‚¬Å“unearthed and restored by the National Film Archive of IndiaÃƒÂ¢Ã¢â€šÂ¬Ã¢â‚¬Å“lend that unique,extra edge to this story of intellectual pursuit coupled with romantic vision.Along this journey of discovery, invention, technological wizardry and imagination, Indian silent cinema transformed myth and illusion into reality with magical ease for its viewers, involving the subtle interplay of light and shade, black and white, romance and betrayal, fact and fantasy.This book is a tribute to the Indian silent film eraÃƒÂ¢Ã¢â€šÂ¬Ã¢â‚¬Âcradle to the century-old exciting, pulsating and burgeoning Indian silver screen world of the 21st century.