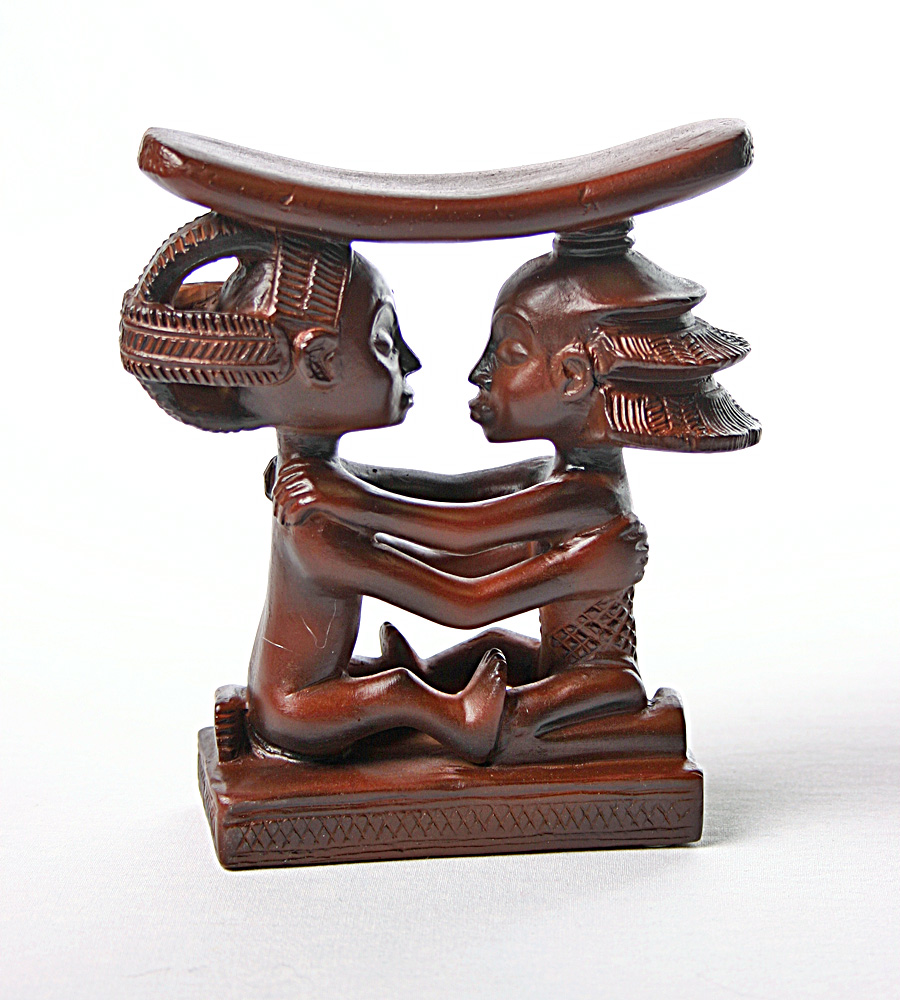 African Luba Head Rest (19th century)
The renowned Luba people live in a vast area in the southeast of the West African democratic republic of the Congo. Their history of over 500 years is turbulent and violent, yet their artistic tradition is refined and harmonious. In Luba society, the artist was respected as a man of distinction, and could be identified by the ceremonial axe he always carried over his shoulders. One of his most sacred creations was the sculpted head rest. In daily life, it protected the vulnerable ceremonial hairstyle, but its symbolic meaning went far beyond that. It reflected the owner’s well-being and social prestige, and it protected him against nightmares. The head rest was such an important personal possession that it was often buried with its deceased owner in his grave.

This particular headrest illustrates a man and woman in a loving embrace. Perhaps a wedding headrest (?).