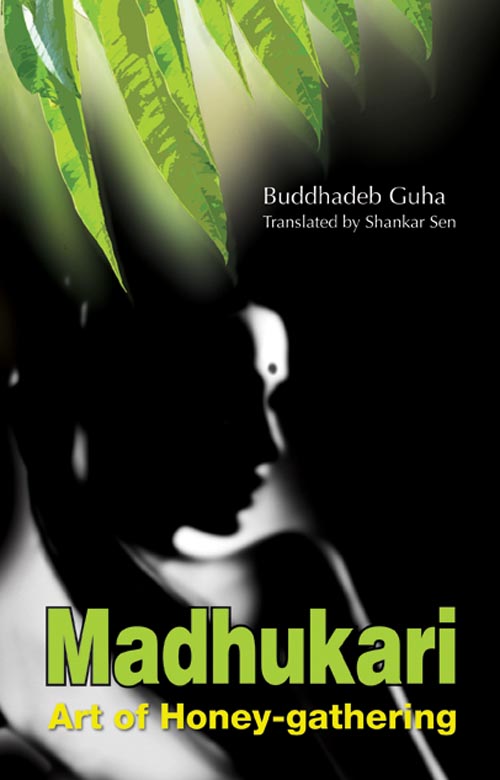 Buddhadev Guha (b. 1935), a successful chartered accountant by profession and a writer, painter and singer of considerable talent is considered as one of the leading and most sought after authors in contemporary Bengali literature. He has written over 150 books, comprising novels, short stories and poems, never looking back since his first novel was published in 1967. Among his many novels, Guha rates Madhukari as his best workÃƒÂ¢Ã¢â€šÂ¬Ã¢â‚¬Âan opinion upheld by readers and critics alike for nearly three decades. In fact, it is ranked as a top bestseller even to this day. This publication of an English translation of Madhukari has fulfilled GuhaÃƒÂ¢Ã¢â€šÂ¬Ã¢â€žÂ¢s long-awaited dream and is even more satisfying since the translator is an old college friend from his teenage days.
About the traslator
Shankar Sen (b. 1936), an engineer and a retired bank executive, writes prose and poetry in both English and Bengali and has had ten books published during the last seven years. In addition to his own collections of poems in English and Bengali and short stories in English, Shankar Sen has translated some of the best-known works of eminent Bengali authors in English. His last book, The Quest, is an English translation of the film-script of filmmaker Goutam GhoseÃƒÂ¢Ã¢â€šÂ¬Ã¢â€žÂ¢s critically acclaimed Moner Manush based on a novel by Sunil Gangopadhyay.

Set in the picturesque backdrop of the Kanha-Kisli forest reserve of Madhya Pradesh, Madhukari is a novel about Prithu Ghosh. Prithu had always wanted to live life on his own terms. Just as a tiger is not reliant on others, he too did not wish to be dependent on his wife, family and society. He was constantly at odds with the demands of polite society. He could not endorse their superfluity, hypocrisy, class-consciousness and a constant need to pull others down. Showing complete apathy for the high society to which he belonged, he went around with his motley group of friends whom his wife scorned as ÃƒÂ¢Ã¢â€šÂ¬Ã‹Å“riff-raffÃƒÂ¢Ã¢â€šÂ¬Ã¢â€žÂ¢.

But can Prithu really live like a powerful tiger? Or will reality compel him to accept that man is far too frail and dependent on others to blaze his own trail? Human beings like Prithu have to go around to countless other men and women, begging from door to door with outstretched palms from the day they are born till the moment of their death. Is madhukari then another name of this wandering?

This novel of epic proportions is not just an account of PrithuÃƒÂ¢Ã¢â€šÂ¬Ã¢â€žÂ¢s extraordinary story. The constant presence of nature in the novel makes it tantamount to a character in its own right. The fluidity of description, the dexterity of characterisations and the authority with which a wide variety of references is incorporated into the texture of the narrative make Madhukari one of the most skilfully and powerfully written novels of modern Bengali literature.

Be the first to review “Madhukari: Art of Honey-gathering” Cancel reply