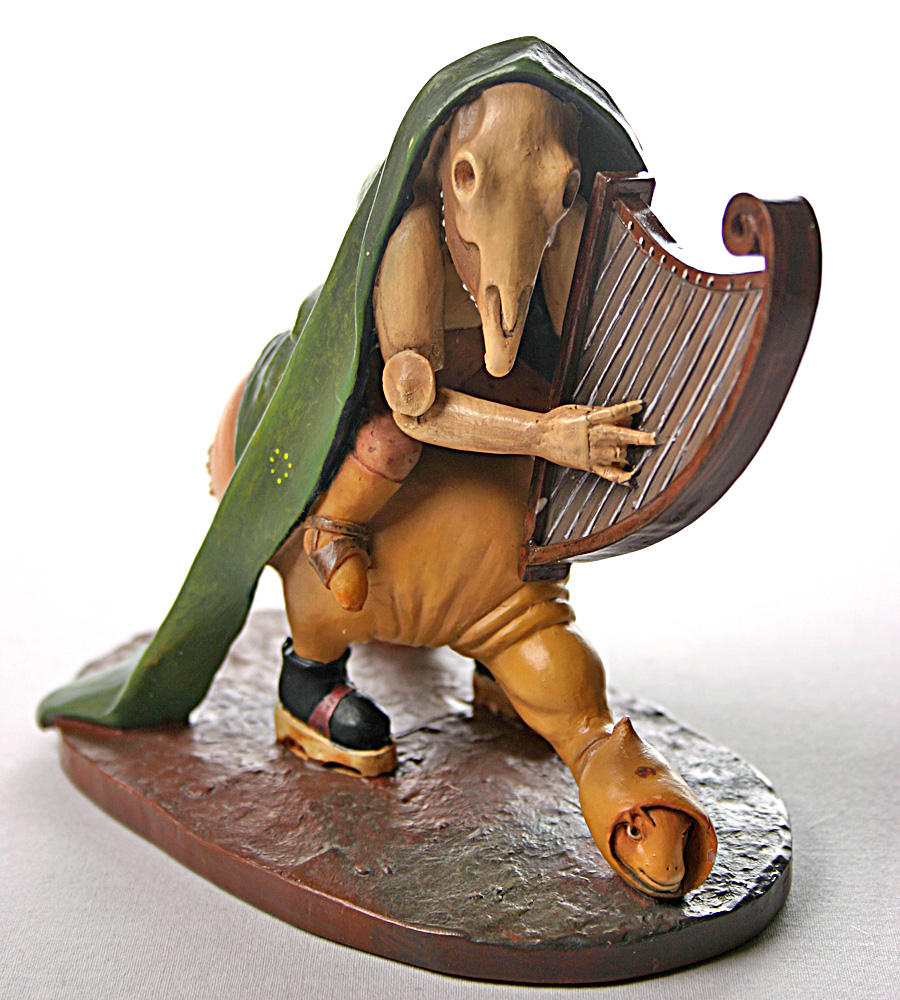 Monster Playing The Harp from Temptation of St Anthony by Bosch

This creature with its monstrous skull is riding on a peculiarly plucked goose-like creature. He is playing his harp, here as a symbol for one of the many temptations to which mankind is exposed and which Saint Anthony so bravely resisted. Even in those days, making music could apparently lead to lecherous behavior.

ABOUT THE ARTWORK: THE TEMPATION OF SAINT ANTHONY Saint Anthony won a lot of praise in Hieronymus Bosch’s heyday. He resisted diabolical temptations, in sharp contrast with the ordinary mortals, as this triptych portrays in splendid colors. The closed panels show the arrest and crucifixion of Jesus.

ABOUT THE ART PERIOD: Froman artistic point of view, the world famous brilliant forerunner of surrealism was, in his day, unique and radically different. Hieronymus(Jeroen for schort) Bosch was born (ca. 1450-1516) during the transition from the Middle Ages to the Renaissance in s-Hertogenbosch, in the Duchy of Brabant. Bosch places visionary images in a hostile world full of mysticism, with the conviction that the human being, dueto its own stupidity and sinfulness has become prey to the devil himself. He holds a mirror to the world with his cerebral irony and magical symbolism, sparing no one. He aims his mocking arrows equally well at the hypocrisy of the clergy as the extravagance of the nobility and the immorality of the people. Hieronymus Boschs style arises from the tradition of the book illuminations (manuscript illustrations from the Middle Ages). The caricature representation of evil tones down its terrifying implications, but also serves as a defiant warning with a theological basis.