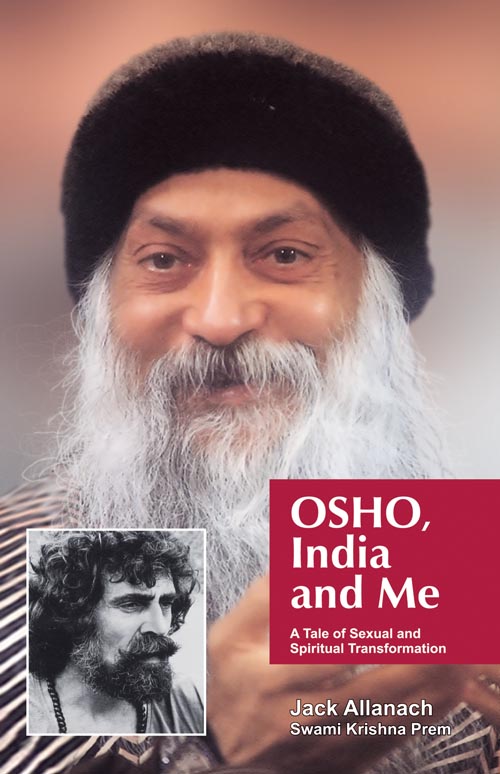 OSHO, India and Me: A Tale of Sexual and Spiritual Transformation

:
Jack Allanach was born in 1938 in New Brunswick, Canada. After university he spent fifteen years in television and public relations, culminating in his own successful PR company in Montreal. In 1973 he travelled to India and met the Indian mystic Osho in Bombay. He became his disciple and was named Swami Krishna Prem.Subsequently he spent eleven years in OshoÃƒÂ¢Ã¢â€šÂ¬Ã¢â€žÂ¢s spiritual community, primarily in India and a brief period in America. Initially, his work in the commune was editing ÃƒÂ¢Ã¢â€šÂ¬Ã¢â‚¬Ârewriting Osho books that had been translated into English by Indian editors and, as a result, were often difficult for Westerners to read and understand.The titles he rewrote include From Sex to Superconsciousness, The Perfect Way, Pointing the Way and The Long and the Short and the All.Following this period of editing, he worked as press officer for Osho in India and was his spokesman for Indian and Western press visitors. This included considerable public speaking as well as television appearances for BBC programs and the UKÃƒÂ¢Ã¢â€šÂ¬Ã¢â€žÂ¢s Whickers World. In 1980 Osho gave him the task to write a book about his time in the commune, which he named Osho, India and Me: A Tale of Sexual and Spiritual Transformation. Jack /Krishna Prem eventually settled in Australia where he lived with his wife. Here he wrote professionally for twelve years.

ABOUT THE BOOK
:
Early one morning in Montreal, an all-night party still raging at his PR company, Jack leaves to be alone. Looking down the tunnel of his future, the realization ÃƒÂ¢Ã¢â€šÂ¬Ã…â€œthis is not meÃƒÂ¢Ã¢â€šÂ¬Ã‚Â takes him straight to the airport and onto the first flight to London. There he meets a married man, Michael (whose wife he also marries several years later). Jack and Michael become lovers and set out to travel, finding themselves doing Dynamic Meditation at 5.30 one morning on a Bombay beach. A new life begins as they take Sannyas and become disciples of the Indian Mystic Osho. They are now Krishna Prem and Divyananda. They take part in a quasi-survivor experiment in a group of thirty people in the middle of India. They build huts by a river with their bare hands, subsist on clover and ward of vultures at morning toilet. A commune establishes around Osho in Pune. Word spreads rapidly and people from all over the world arrive for daily discourses, therapy and meditations. As head of the newly established Press Office, Krishna Prem meets with Indian Prime Ministers Indira Gandi and Morarji Desai, as well as international journalists who want to know about OshoÃƒÂ¢Ã¢â€šÂ¬Ã¢â€žÂ¢s controversial views on sex and consciousness. In a hive of mysticism, inexplicable events and past-life encounters, Krishna Prem falls in love and embarks on his first fulfilling relationship with a woman. Osho, India and Me: A Tale of Sexual and Spiritual Transformation is a great adventure. It is also a compelling true story and a first-hand glimpse of a unique mystic at work.

Be the first to review “OSHO, India and Me: A Tale of Sexual and Spiritual Transformation” Cancel reply