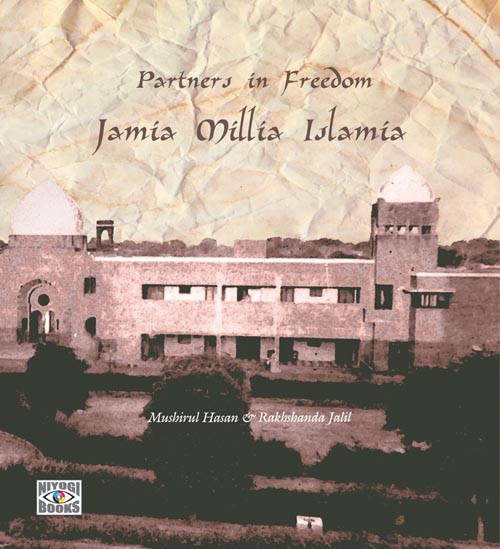 Mushirul Hasan has authored Legacy of a Divided Nation: IndiaÃƒÂ¢Ã¢â€šÂ¬Ã¢â€žÂ¢s Muslims Since Independence (1997); John Company to the Republic: A Story of Modern India (2001); Islam in the Subcontinent: Muslims in a Plural Society (2002); From Pluralism to Separatism: Qasbas in Colonial Awadh (2003); A Moral Reckoning: Muslim Intellectuals in Nineteenth-Century Delhi (2004);The Nehrus: Personal Histories (2006) and Wit and Humour in Colonial North India (2007). His forthcoming book is: The Coming of the Mahatma. Rakhshanda Jalil is Media Coordinator, Jamia Millia Islamia.

Partners in Freedom: Jamia Millia Islamia, endeavours to unfurl the nationalist legacy of Jamia, locate its story in the larger context of IndiaÃƒÂ¢Ã¢â€šÂ¬Ã¢â€žÂ¢s anti-colonial struggle, and profiles the lives of dedicated men and women who were committed to the ideas of plural nationhood and composite culture. When words do not suffice, rare, never-seen-before photographs relay the narrative. These are eloquent in their testimony of JamiaÃƒÂ¢Ã¢â€šÂ¬Ã¢â€žÂ¢s role in national life and the long and tortuous journey it has undertaken and emerged victorious.
Partners in Freedom: Jamia Millia Islamia, an extensively researched book, is a history of tolerance, camaraderie and enlightenment within the precincts of an educational institution. It illustrates how individuals lived for and worked towards the attainment of high ideals and principles.