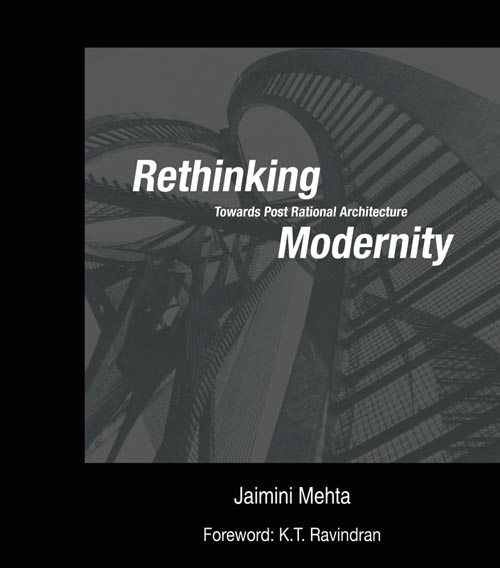 Prof. Jaimini Mehta is a practicing architect and an academician based in Vadodara, India. He studied architecture at M.S. University of Vadodara, and at University of Pennsylvania in the Louis Kahn Studio. He went on to work in the offices of Louis Kahn and Mitchell/Giurgola Associates in Philadelphia.
Returning back to India in 1975, he set up his own practice and taught at a number of Indian as well as American universities. He was an Adjunct Professor at Rensselaer Polytechnic Institute at Troy, New York and at CEPT University in Ahmedabad, India. He also worked as Head of the Schools of Architecture at Vadodara and Goa. At present he is an Honorary Director of the Vadodara based ÃƒÂ¢Ã¢â€šÂ¬Ã…â€œCentre for the Study of Urbanism and ArchitectureÃƒÂ¢Ã¢â€šÂ¬Ã‚Â which he instituted in 2006.
He contributes regularly in the ongoing discourse on architecture through articles in Indian as well as international journals. Among his many writings is the book, Louis Kahn, Architect co-authored with Romaldo Giurgola and published in 1975.

Has the project to usher in Modernity run its full course and is now ready to be replaced by something called Post-Modern? Re-examining the very idea of Modernity in architecture, and drawing from a number of diverse sources such as philosophy, social science, art and technology, Prof. Mehta argues that the normal historical progression of architectural thought and production suffered an epistemological break in mid-18th century, caused by the separation between architecture and engineering and resulted in increasing rationalization of architecture. Critical writings of several post-Renaissance scholars and academicians aided this process. Prof. Mehta refers to this as ÃƒÂ¢Ã¢â€šÂ¬Ã…â€œAcademic ArchitectureÃƒÂ¢Ã¢â€šÂ¬Ã‚Â. While the pre-Renaissance scholars were content to codify the practice of architecture, the new writings actively sought to construct an identity of architecture to align it with modern science and industry. The overwhelming need to validate architecture from the logico-mathematical perspective favored the cerebral over the existential qualities of architecture.
Prof. Mehta asserts that alternatives to the rationalist and positivist narratives always existed in the West and also in several non-Western cultures but the very strong ÃƒÂ¢Ã¢â€šÂ¬Ã…â€œforegroundingÃƒÂ¢Ã¢â€šÂ¬Ã‚Â of Rationalism confined them to the academia. His insightful analysis indicates that the contours of Post Rational architecture are already visible in the works of several contemporary architects.

Be the first to review “Rethinking Modernity: Towards Post Rational Architecture” Cancel reply