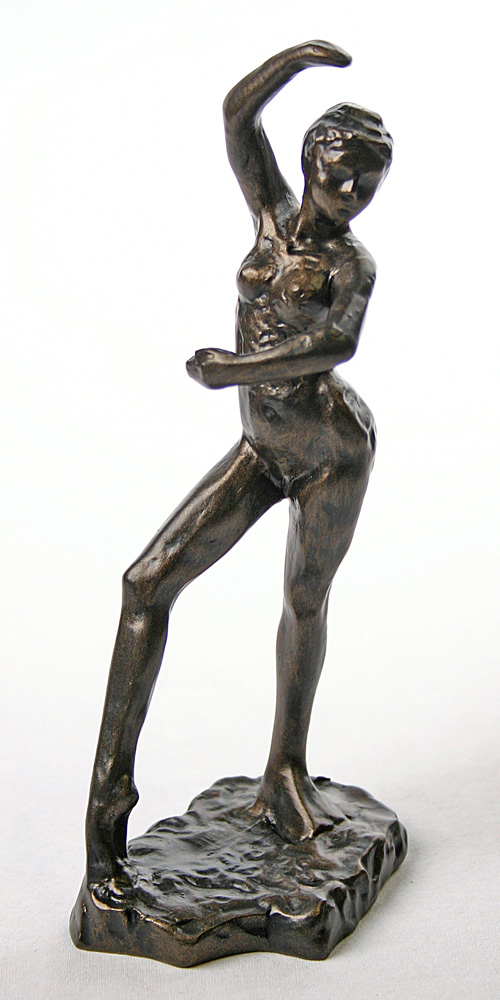 Spanish Dance is one of the most elegant sculptures in the series and was based on the Paris Opera’s ballet company. This enchanted world provided Degas with a lifetime of inspiration.

This reproduction is part of the renowned Parastone Mouseion 3D Collection. It has been reproduced with meticulous detail and gracefulness. Made from cold cast bronze, Degas signature appears on the underside of the base, includes a color description card about the museum reproduction in four languages.

The course of life of the Parisian painter had few dramatic peaks. Being the eldest son of a well-to-do family the cynical, snobby loner was able to devote his life to the arts. Furthermore, he remained a bachelor because: ‘There is love and there is work, and we only have one heart.’

His classical education can be recognized in his earlier work, in particular the strict composition and lining inspired by Ingres whom he greatly admired. Degas took a special position within the group of artists led by his friend Monet, who regularly got together in the ‘Cafe Gurebois.’ His cynicism and sharp tongue however, made his difficult in company and many ideas from Zola, Renoir and Monet did not appeal to him. Although he referred to himself as an ‘independent realist’, he was very much involved in the impressionistic revolution and the themes and techniques developed the traditional and modern art of painting.

In 1874, together with Monet, he organized the first exhibition of the ‘independents’, which was named the ‘the impressionists’ by a critic. A realist: ‘I know nothing of inspiration, spontaneity and temperament.’ He locked himself up inside his studio and used photos as a mnemonic device, whilst others went outside with the tubes of paint which had recently come onto the market. Degas considered that utter nonsense: ‘Painting is not a sport!’, besides: ‘I do not have the habit of painting when I am in the countryside.’

In his fifties he began to encounter financial problems and on top of that his eyesight began to deteriorate. However, according to Renoir only then ‘the real Degas’ emerged through his paintings. Degas himself said: ‘Anyone can be talented when his is twenty-five, what count is to have talent when you are fifty.’