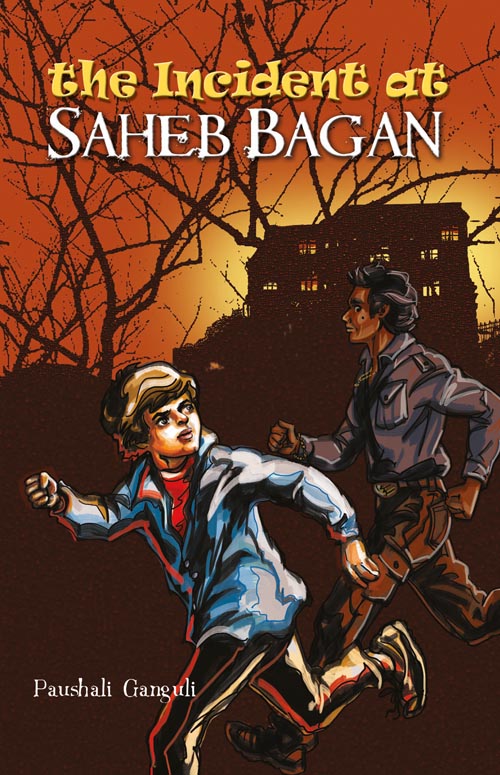 The Incident at Saheb Bagan

Paushali Ganguli grew up in Satna in MP and Kolkata, got her college and university degrees from Mumbai and has since settled there. She has worked as a lecturer in colleges, a teacher in schools, a
crossword puzzle maker for a syndicate, and as a secretary to a land shark. She has also worked in ad agencies and as an assistant director. She made some animation shorts, one of which won the National Award and has directed a childrenÃƒÂ¢Ã¢â€šÂ¬Ã¢â€žÂ¢s film too. For the last few years she has been writing short stories. She is unsure of her next venture and is open to suggestions. She is married to her writer, artist, cartoonist and filmmaker husband and has a son.

Anand is a suspicious, slightly obsessive, eleven-year-old child who thinks that adults are more often than not more crazy and irresponsible than children. He is at heart a bureaucratic little boy who feels safe when bound by rules and regulations, which his happy-go-lucky parents fail to provide, leading him to feel extremely vulnerable and insecure. He dislikes adventures or unplanned trips but he is forced to travel to a distant village with his documentary filmmaker parents who want to ÃƒÂ¢Ã¢â€šÂ¬Ã‹Å“shootÃƒÂ¢Ã¢â€šÂ¬Ã¢â€žÂ¢ ghosts. Along with their driver Kammu who is an ex-con, they set off to explore the story behind the ghosts that haunt ÃƒÂ¢Ã¢â€šÂ¬Ã‹Å“Saheb BaganÃƒÂ¢Ã¢â€šÂ¬Ã¢â€žÂ¢, a mysterious country estate close to the border of West Bengal and Bangladesh.