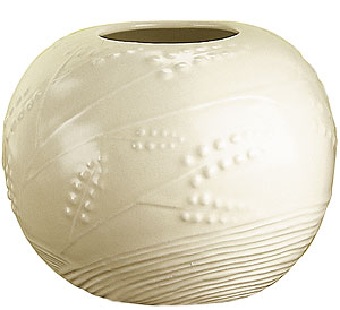 Rookwood Pottery, one of the earliest American pottery firms, was founded in Cincinnati, Ohio in 1888 by Maria Longworth Nichols as an amateur pottery club. Specializing in both hand-decorated pieces as well as production-line objects, it became one of the largest and most successful producers of art pottery in the United States. In addition to the usual potter’s mark, each piece was signed individually by the artist who modeled or painted it. Our White Chinaberry Vase is based on an original by John A. Wareham (American, 1871-1954) and William Hentschel (American, 1892-1962). Produced in cooperation with the Virginia Museum of Fine Arts. 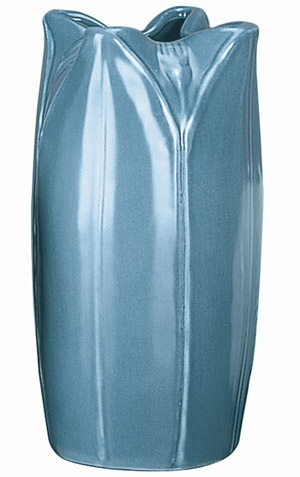 Museum: In cooperation with the Brooklyn Museum of Art
Specification: Earthenware. Height 7 5/8 in., diameter 4 1/4 in.
Type: Vase
Color: Blue