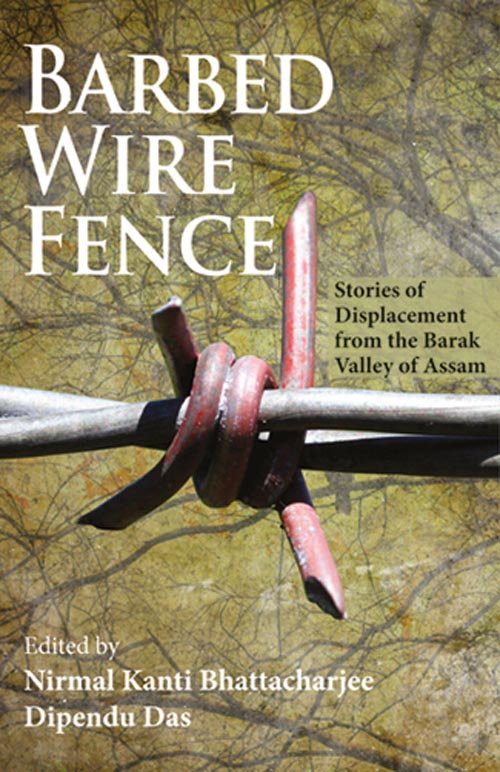 Barbed Wire Fence: Stories of Displacement from the Barak Valley of Assam

:
Nirmal Kanti Bhattacharjee
taught English Literature at an undergraduate college in Silchar and Comparative Literature at Jadavpur University, Kolkata. He also worked as the Secretary of Sahitya AkademiÃƒÂ¢Ã¢â€šÂ¬Ã¢â€žÂ¢s Eastern Regional Office at Kolkata, as the Editor of Sahitya kademiÃƒÂ¢Ã¢â€šÂ¬Ã¢â€žÂ¢s
journal, Indian Literature, in Delhi and as the Director of National Book Trust at Delhi. At present he functions as the Director of K K Birla Foundation, Delhi and is a Member of the Programme Advisory Committee of the National Translation Mission
launched by the Goverment of India. Dipendu Das (b. 1965) teaches English at Assam University,Silchar. He did his Ph.D. on the plays of Arthur Miller and specialises in Theatre Studies. His current interest is New Literatures in English and Translation Studies. He has published extensively in national and international journals and books, has edited a theatre journal, and was a member of the editorial boards of several refereed journals. He is also a creative writer whose Bengali short story collection, Britter Bairey (2008) has been well-received. A theatre activist, Dipendu Das has written plays and musicals for the stage, radio and television

ABOUT THE BOOK
:
Barbed Wire Fence: Stories of Displacement from the Barak Valley of Assam is a collection of seventeen short stories that express the myriad facets of the immigrant experience of people
from present-day Bangladesh who were forced to leave their native land during and after IndiaÃƒÂ¢Ã¢â€šÂ¬Ã¢â€žÂ¢s independence and settle, amongst other places, in the Barak valley of Assam. Some stories explore the anguished sorrow of alienation while others speak of the turmoil of fractured identities. The stories lend a voice to those Bengalis for whom the painful memory of their beloved homeland is further
exacerbated by the fact they are unwanted in Assam. They try to capture the terrifying essence of the brutal struggle for survival; the elemental fight against extreme depravation, social exploitation and political oppression. Barbed Wire Fence is a tract of unapologetic social realism which engages the readerÃƒÂ¢Ã¢â€šÂ¬Ã¢â€žÂ¢s sympathy and perhaps more importantly creates awareness of the plight and sufferings of these people.

Be the first to review “Barbed Wire Fence: Stories of Displacement from the Barak Valley of Assam” Cancel reply