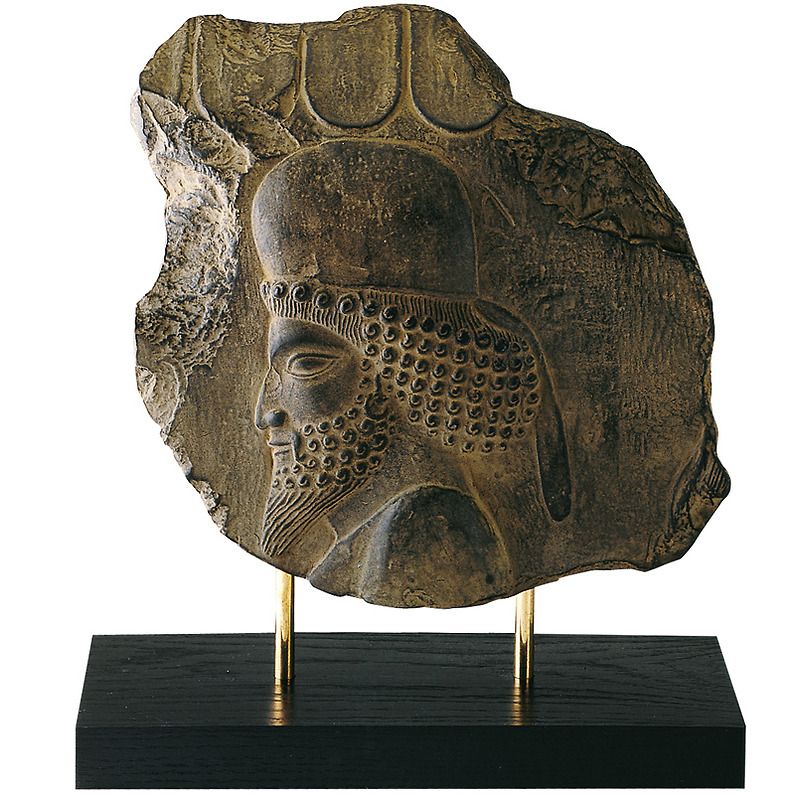 Bust of a noble Mede from Persepolis

The Medes and the Persians, late arrivals in an Orient which had been the cradle of the oldest known civilizations, succeeded in a few decades to destroy the empires of Assur and Babylon, founded on terror. The great Cyrus had the wisdom to impose himself as a protector of the old peoples of his empire. It was the role of Darius (522-485 B.C.) to become
the patron of an art symbolizing the new imperial ideology.
According to this ideology, the Medes and Persians were the federators and guides of all these peoples whose most venerable traditions were absorbed by the empire.
The great palatial complex of Persepolis was particularly significant in this respect. It was organized into two independent sections: one was public with the throne room on the terrace where delegations from the provinces were received, led by chamberlains who are alternatively Medes or Persians.
The other section was private and consisted of a series of residential palaces. The two sections were joined by a palace audience hall called the Tripylon, where the king only received nobles representing the Medes and Persians who held hands fraternally. The Persians, dressed in their ceremonial costumes, joined the Medes in their short riding costumes and wearing the round bonnets of mountain people.
The bust of a noble comes from this palace: according to oriental tradition, it symbolizes an ideal human type, which reflects through its calm and serene features, the wisdom and tough rigour so admired by the Greeks.