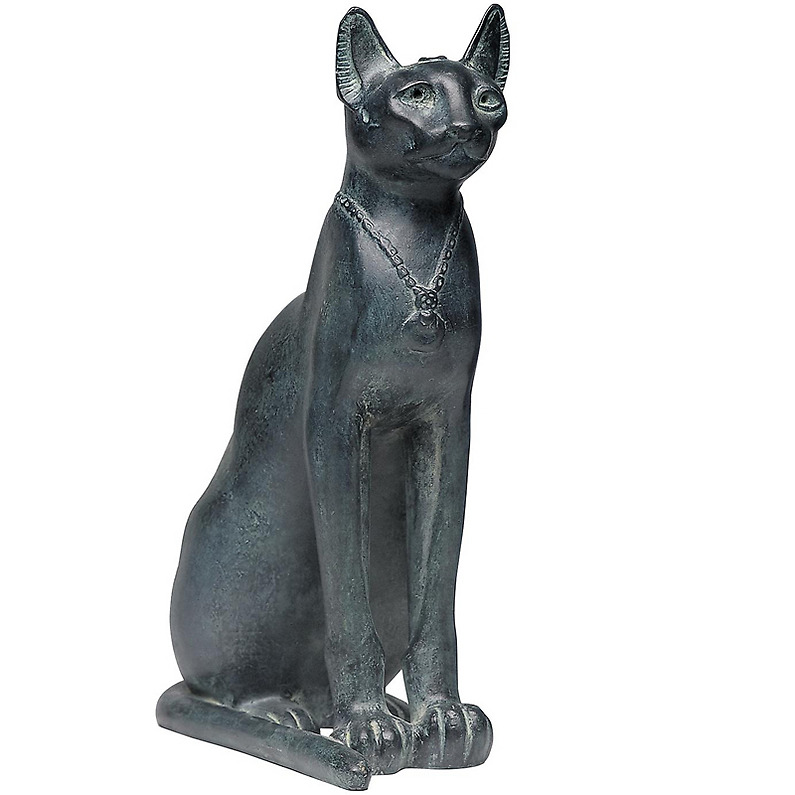 ln Ancient Egypt, the goddess Bastet, represented as a female cat, was venerated at Bubastis, in the Delta.
ln reality, Bastet was a sweeter version of the goddess Sekhmet who every year left the land of Egypt in the form of a lioness, becoming the distant goddess, only to return during the rainy season appeased and transfigured in the form of a cat. Generally, domestic cats were often brought into Egyptian dwellings, they symbolized the presence of the divine star.
Cats were considered as the family protector ; after death, they would be mummified and often placed as ex-votos in the sanctuary dedicated to the goddess Bastet.

Be the first to review “Cat Bastet” Cancel reply