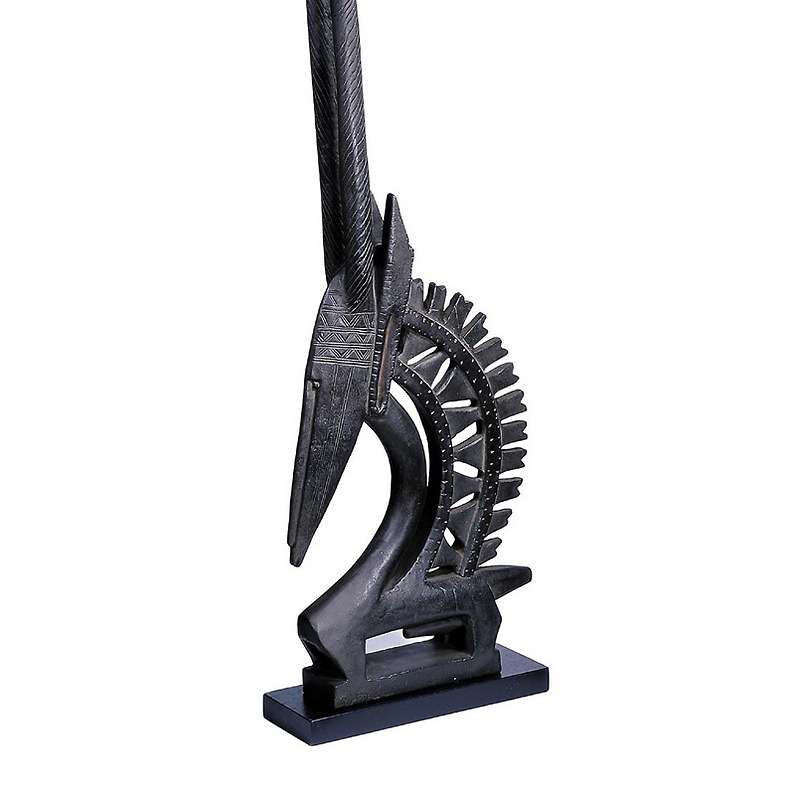 The Bambara (or Bamana) belong to the Mande language group. They are the heirs of the great Empire of Mali (11th to 15th centuries) and the two later kingdoms of Segu and Kaarta.
This farming tribe has developed an original culture in which music, theatre (koteba) and dance play an important role.
Originally fixed to a wicker cap, this sculpture is a headdress that is used in the agricultural rites of the Bambara, organized by a society of initiates called Chi Wara, “champion of cultivation”. This figure is a combination of three animals that inhabit the bush: the antelope, the pangolin and the anteater.Each of these animals evokes an episode of the founding myth of the Bambara farmers.The antelope, with its thrusting horns, symbolizes fertility and growth in all the Sudanese regions. It is this legendary antelope, half animal and half human, born of the union between Mousso Koroni, the Old Mother, and the Serpent, who taught men the art of cultivating the land and transforming weeds into millet. The pangolin, a terricolous mammal covered in large scales, incarnates the subterranean life of the plant, as well as embodies strength and determination. As for the anteater, it represents the specific mode of growth of the groudnut that is replanted after flowering to produce its fruit under the ground.