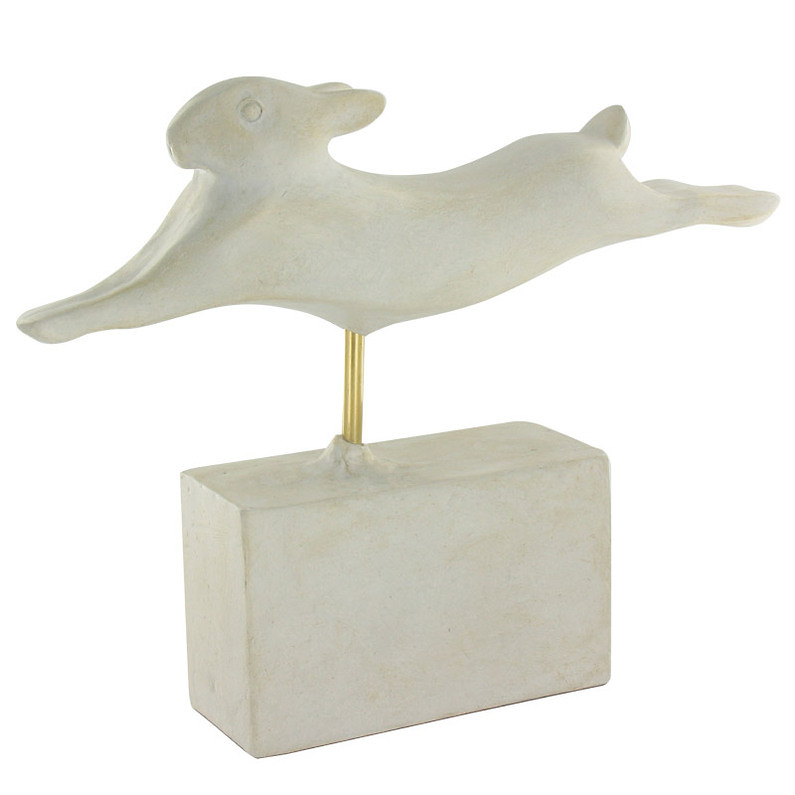 Son of a cabinetmaker, FranÃ§ois Pompon entered the school of fine arts (Ecole des Beaux-Arts) of Dijon after having earned his living in Saulieu as a stone and wood worker. He studied architecture and sculpture and acquired basic knowledge in engraving.
In 1874, he left for Paris and, thanks to contacts with contractors transforming Paris during the Second Empire, was able to produce decorative figures and caryatids for the faÃ§ade of City Hall. For the next fifteen years, he worked as Rodin’s assistant.
It was only at the age of 67, with the 1922 Salon, that he attained success with the “White Bear”.
Especially known as a sculptor of animals, he exalted lyricism in light by polished surfaces with an economy of detail.
After having been placed at the “Jardins des Plantes”, the three hundred pieces bequeathed by F. Pompon were transferred to Dijon, at the MusÃ©e des Beaux-Arts.

Be the first to review “Running rabbit” Cancel reply