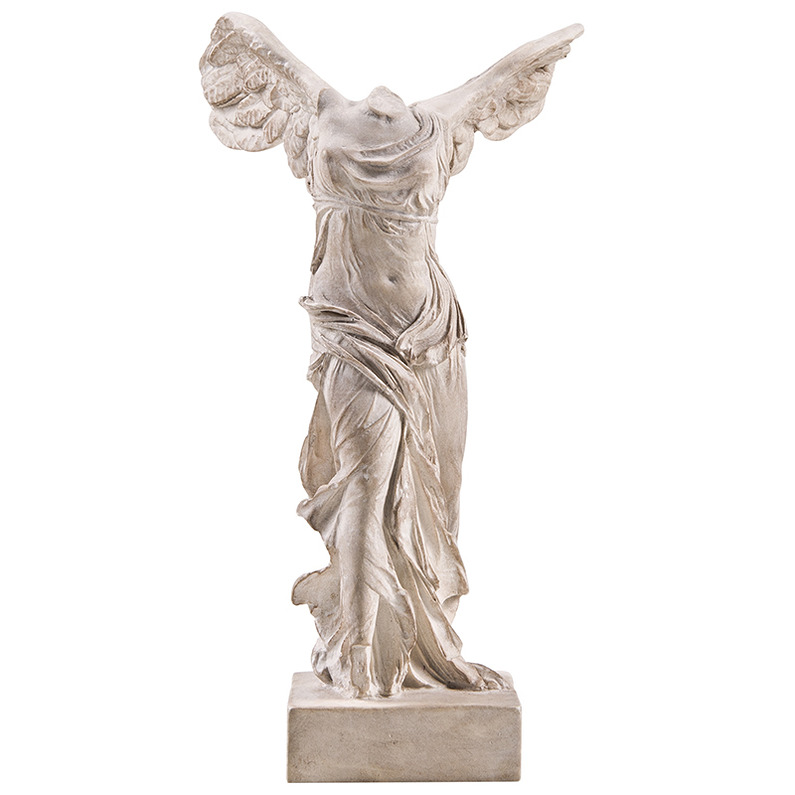 Greek, Etruscan, and Roman Antiquities Louvre Museum
There have been many debates on the date of this colossal statue found on the island of Samothrace. It was erected near the sanctuary of the Cabeiri, the protectors of sailors, to commemorate a victory of the fleet of Rhodes; mounted on the prow of a galley, her right hand open, the goddess announced this victory.
The power of this work comes from the extraordinary virtuosity of the drapery. The transparent garment of the goddess clings to her chest, emphasising the magnificently arched body. The pleats undulate and quiver down her left side, disappear to give shape to her thigh, which accentuates the momentum of the body, and then spread into a wide train trailing behind her.
This victory, with its majestic and widespread wings, is more than a mere symbol of military success. This magnificent female body, stretching forwards and whipped by the wind as if she were a figurehead, looms up like an epic creation.
This reproduction was made from a 3D reduction. The sculpture was scanned shortly after its last restoration (2013-2014) so the cast would reflect each modification made by the team of archeologists: bits of plaster were removed, while pieces of marble stone found on the excavation site were carefully assembled to complete the puzzle with new pleats on the drapery and a long feather on the top of the left wing.