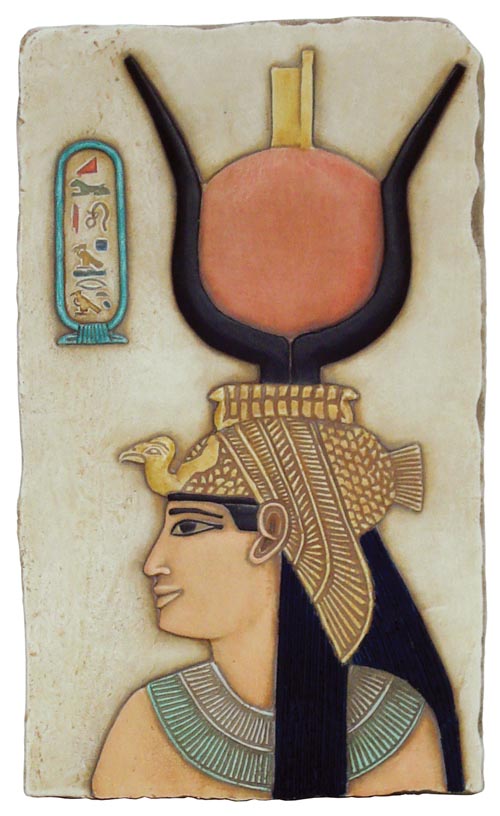 The last of the Macedonian rulers of Egypt, Cleopatra VII has been preserved in legend as a woman of formidable intellect and ambition who used her beauty and charm to advance Egypt’s fortunes. In 51 B.C. she became joint ruler with her father Ptolemy XII and then with her brother and husband Ptolemy XIII. When he died in 47 B.C., her younger brother (also her husband) Ptolemy XIV succeeded him. When Ceasar came to Alexandria, Cleopatra persuaded him to support her cause and she regained her throne and jointly ruled with their son Caesarion from 36 B.C. After Caesar’s death, she joined Mark Anthony hoping that he would help to restore Egypt to its past glory by using Rome’s power. Mark Anthony gave Cleopatra much of Rome’s eastern possessions but his Roman rival Octavian used this episode as a pretext to turn the Roman senate against Mark Anthony and begin a war against him & Cleopatra. Augustus Octavian defeated him at the battle of Actium. Anthony and Cleopatra withdrew to Alexandria where they committed suicide. Cleopatra was a remarkable woman and a formidable queen. She was the only Ptolemaic ruler to learn to speak Egyptian.