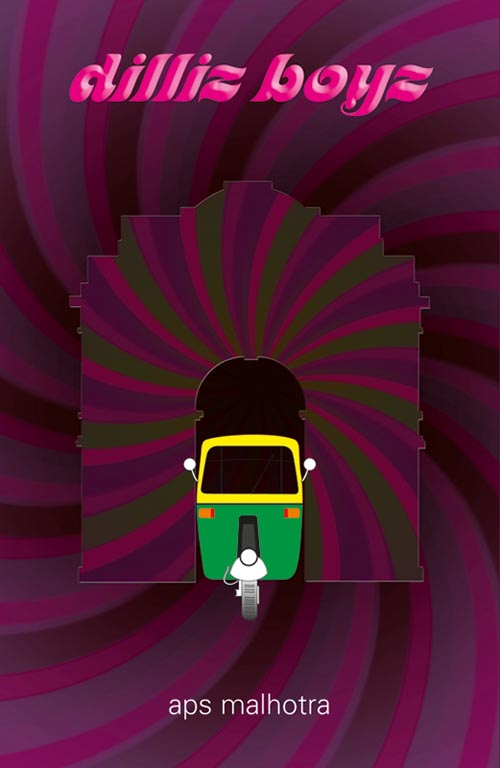 A.P.S. Malhotra did a major part of his schooling from Cambridge School, Sriniwaspuri, located in the southern part of Delhi. Subsequently he joined St. StephenÃƒÂ¢Ã¢â€šÂ¬Ã¢â€žÂ¢s College, Delhi, from where he graduated in Physics. He went on to do his post-graduation, specializing in Space Physics, from Delhi University. He is currently employed in a leading corporation in a senior capacity. He is married and has one daughter, Mehak. His articles have appeared in leading national dailies, including the Times of India, Indian Express and Pioneer. He does regular freelance writing for The Hindu, Delhi edition. He was acknowledged for his contribution in an Independence Day special contest held by The Hindustan Times in 2003. His stories, articles and poems are woven around human relationships, which are captured with rare insight and poignancy. His concern for basic human values and their enduring relevance comes forth in his writing, as does his love for Delhi and its inhabitants, which he candidly projects in depth with wit, humour and sarcasm, not necessarily in that order. The first compilation of his short stories, Relationships, was released in 2004.

ABOUT THE BOOK
:
Angad Khanna, a teenage, middle class boy from a family of Hindus and Sikhs was madly in love with Delhi, the only city he knew as home or homeland, a city he passionately loved with the fervour of a devout. He was imbibing the elixir of life, discovering the little joys that growing up brings along-of the first love, the surreptitious initiation into sex, the first drink in the company of a childhood friend, when disaster struck. It was the Orwellian year, 1984, also AngadÃƒÂ¢Ã¢â€šÂ¬Ã¢â€žÂ¢s sixteenth year. It was time to learn new lessons, of hate and bloodletting, of compassion and bravery, of despair and death, of hope and optimism. Living as a refugee for fourteen turbulent days in his own city, he found that luck and time were on his side. He returned Home, unlike his father Iqbal, who as a sixteen year old had fled his home in Rawalpindi, dictated by destiny to seek a new Home and Homeland. Dilliz Boyz has cameo descriptions of Delhi-the real metropolis-warts and all, its psyche and social fabric woven into the main story line in a beautifully knit, seamless pattern. A malice-free, tongue-in-cheek comment on Delhi and Delhiwallahs interspersed with the grave and sombre description of the 1984 riots and the all-pervasive goodness in man that effectively thwarts evil forces and defeats their malicious design and intent through compassion and common sense. A triumph of good over evil.

Be the first to review “Dilliz Boyz” Cancel reply