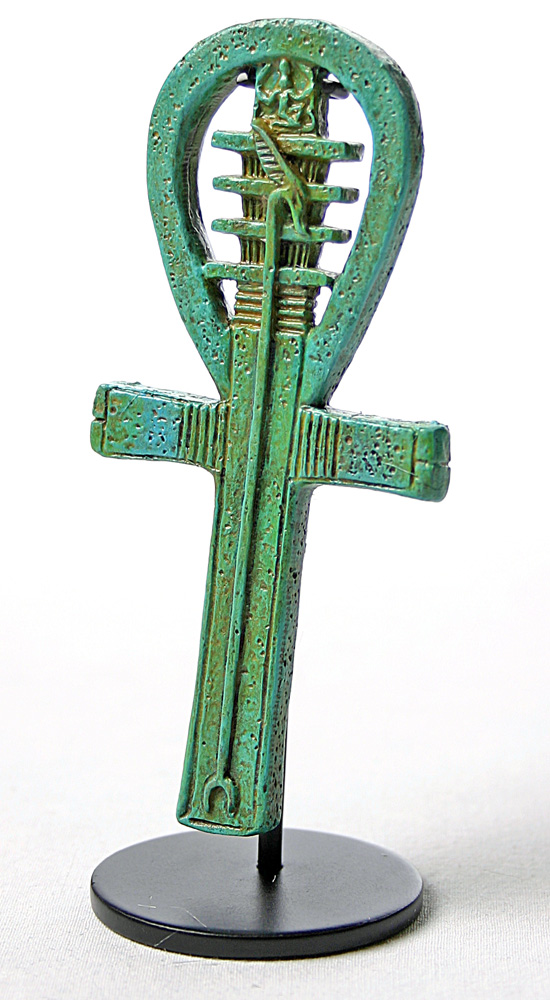 The fabulous amulet is a combination of:

The amulet was found near the holy table mountain Djebel Barkal in Nubia (northern Sudan). The area was added to the Egyptian empire around 14500 B.C by Thutmosis III