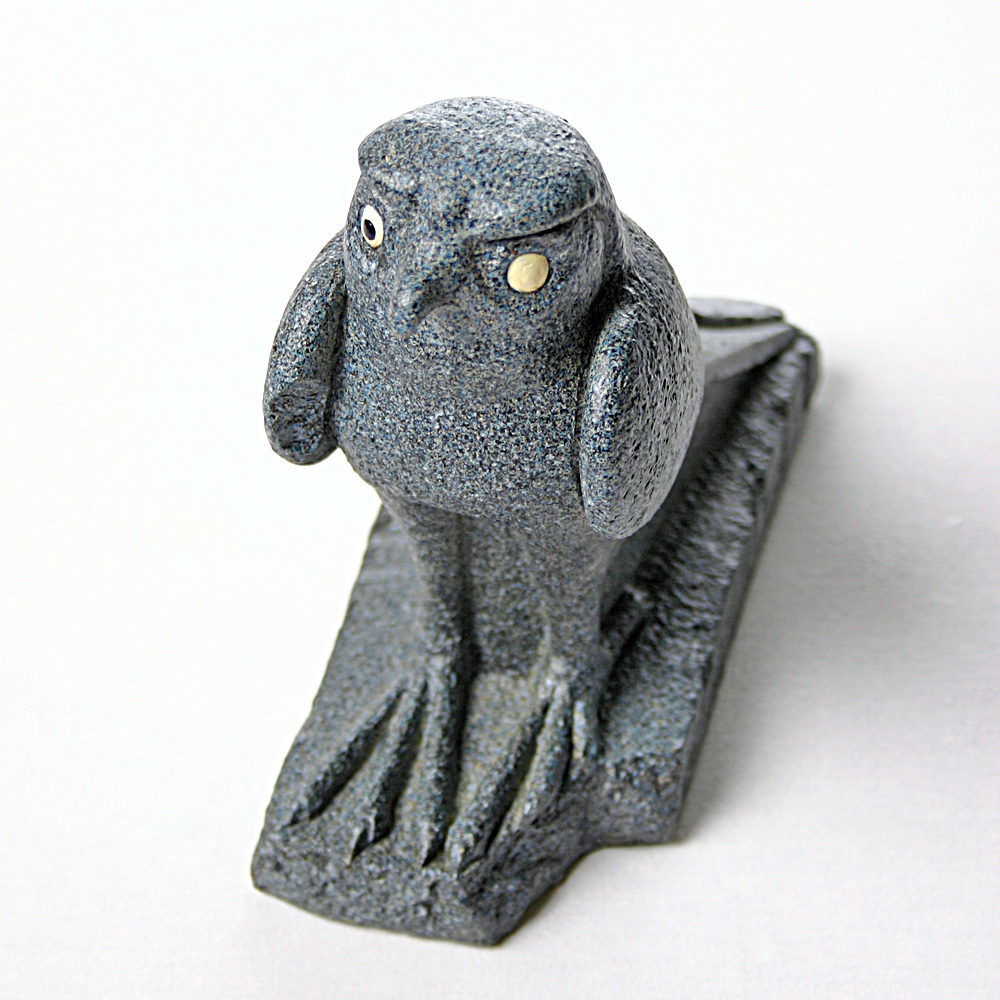 The Falcon God Horus is one of the oldest, most well-known Egyptian gods. As early as in pre-dynastic times ( 4th millennium B.C.), cosmic powers were ascribed to the falcon. In the very complex world of the Egyptian gods, the falcon subsequently continued to occupy a prominent role, although its position and meaning varied according to place and time. Originally, Horus was seen as the god of the heaven whose right eye symbolized the moon and whose left eye symbolized the sun. Horus was the patron of the early Nekhen monarchy and developed into a god that offered every Pharaoh wisdom and protection. Later Pharaohs saw themselves as Horus’ manifestation on earth. From Egyptian mythology, Horus was usually considered the son of Osiris and Isis. Due to his princely status he therefore became popular as the patron of young men, war, law and power in general. In short, he was a popular, powerful deity who manifested himself in many forms over the ages.

Horus Falcon, Coptos, Late Period (715-332 B.C.)
The statue dates back to the Late Period, a turbulent time in which the already divided Egypt was captured by the Persians. They were subsequently driven out by Alexander the Great who made Egypt part of the Hellenic Empire. The falcon was found in Coptos, an important town in Upper Egypt for trading routes departing towards the Red Sea.

NOTE: one of the inlaid ivory eyes from the original had been lost in antiquity. This statue reproduces the statue as it exists now with a missing eye for authenticity.