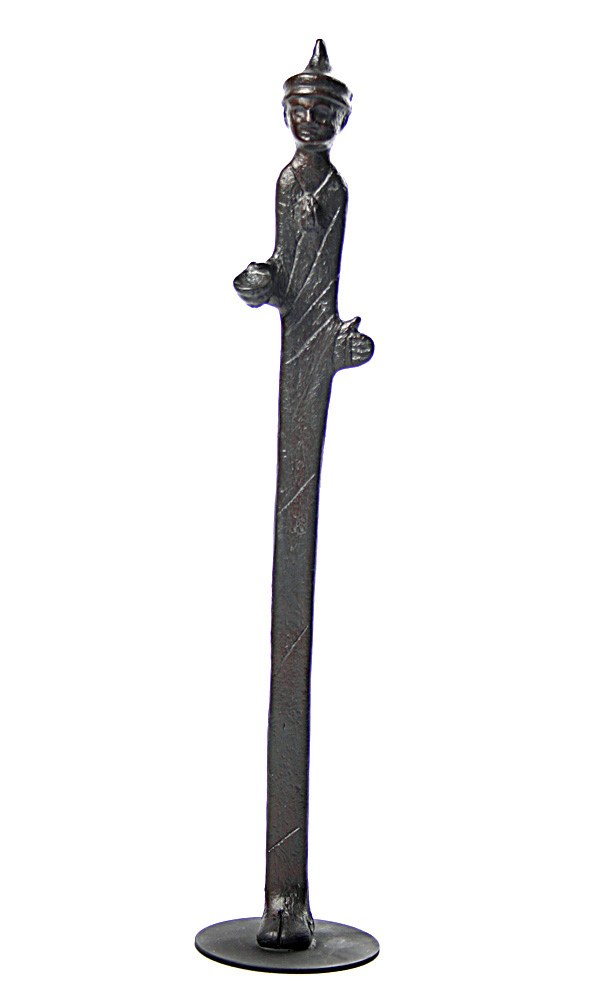 Etruscan Culture from Etruria (region north of Rome, Italy)
In pre-Roman Italy what we know today as Tuscany was inhabited by the Etruscans, a people who developed their own distinctive culture from the 8th century BC. The Etruscans earned their considerable wealth through overseas trade in ceramics, wine and iron. They were notorious pirates. From the 5th century, they were increasingly attracted by the Celts from one side and the Italians from the other. A fleet from Syracuse destroyed their seaports, which was the start of the gradual decline of the independent Etruscan culture. By the 3rd century, the Etruscans had come under Roman Rule.

The Etruscan culture had unmistakable Greek influences, and formed the basis for much of the later Roman culture. The Etruscans long remained an intriguing, almost mythical people for the Roman elite. Etruscan slaves and women were remarkably emancipated, and their free sexual morals were condemned long after the civilization’s decline.

Etruscan Thin Bronze Figures
Inspired by the large Greek statues of nude men (kouroi) and clothed women (korai), a flourishing tradition developed in Etruria. However, in contrast to the Greeks, the Etruscans did not seek to perfectly represent the human body. They emphasized the appearance of their sculptures in an almost expressionistic way. The peak of this obstinate conception of art was reached with the so-called stretched figures: elongated, flat figures, usually made between the 5th and the 2nd century BC. They originated in Southern Etruria, where small figures were cut from thin sheets of metal starting in the 8th century.

The slender figure of an Etruscan boy became the most famous stretched figure thanked to the story of its discovery; a farmer found the figure while working his land near Volterra in 1870. He used it as a fire poker for years. Many artists, including the famous Italian sculptor Giacometti have taken inspiration from the beautiful, abstract forms of the famous Etruscan stretched figures.