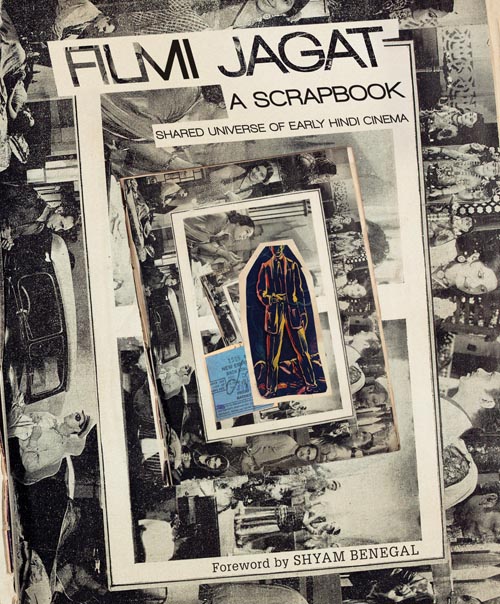 Kaushik Bhaumik is Associate Professor in Cinema Studies at the School of Art and Aesthetics, Jawaharlal Nehru University, New Delhi. He recently guest edited the Marg Special Issue on 100 Years of Bombay Cinema and has written extensively on Hindi cinema.

Filmi Jagat is a unique pre-Independence scrapbook and an intimate work that combines the immediacy of a private diary and the reflective distance of a carefully curated photo album. Filmi Jagat: Shared Universe of Hindi Cinema is a reproduction of the scrapbook in its entirety, and a discussion of the key elements that were so central to the expansion of cultural experience at the time – access to the world in the form of print artifacts such as literature and newspapers and media phenomena such as film and photography.

Be the first to review “Filmi Jagat: A Scrapbook” Cancel reply