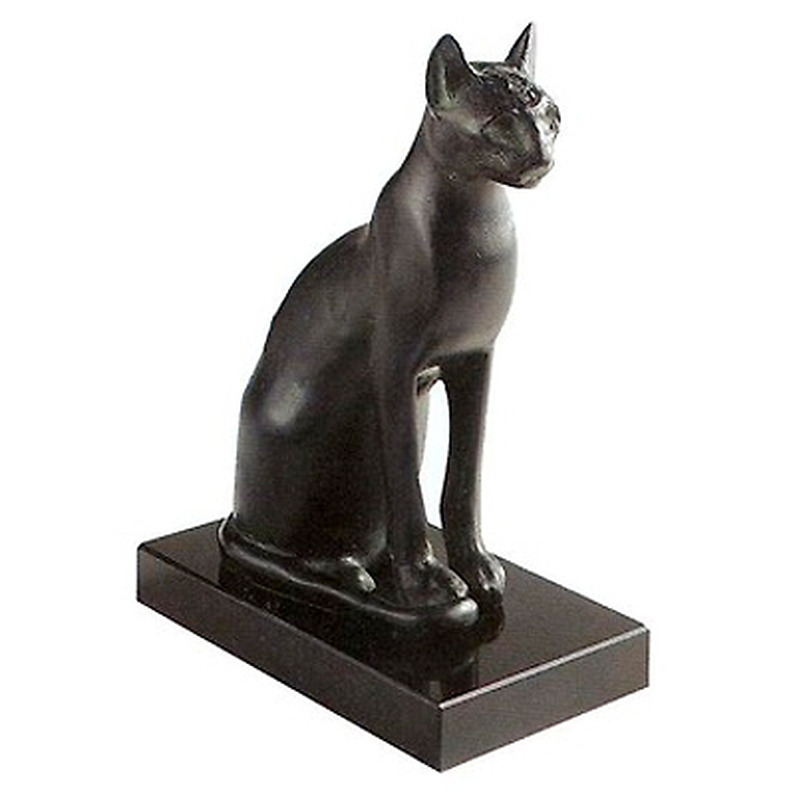 Goddess Bastet as a Cat

Pharaonic Egypt knew how to create types of animals to such a degree of personalization that anyone recognize the forms of an Egyptian cat. Standing in observation on its back paws, the animal is “caught” by the sculptor with such vivacity that one could believe it is about to come to life.
It would seem that the domestic cat, called “myeou” according to the international onomatopoeia, was imported into Egypt only around the year 2100 B.C.. Made divine, the female cat represented the goddess Bastet, calm and pleasing, disciplined after the god’s wrath. Tamed lioness, she became a gracious feline.
Thousands of effigies, placed as ex-voto by believers wanting to attract its elements of goodness, were discovered in the pit of her sanctuary. According to some scholars, the cat would have been introduced from Egypt into Europe, and our authentic alley cats would in fact be of Egyptian by descent.
Reproduction in bronze with patina