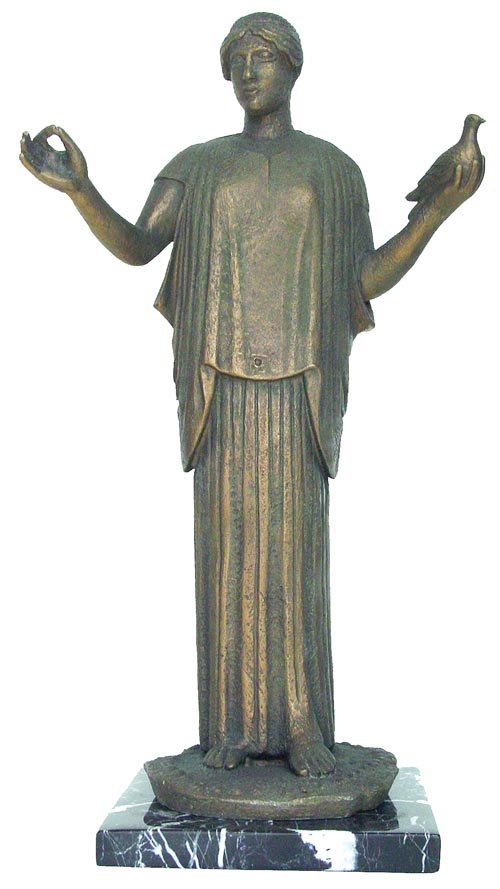 This depiction shows a Greek woman wearing a peplos dress and holding a dove in her left hand. She stands up on a shield and her other hand used to hold an olive branch. The meaning that she is giving is clearly about peace. The dove has been a symbol of peace and innocence for thousands of years in many different cultures. In ancient Greek mythology it was also a symbol of love and the renewal of life. The olive branch was also used in Greece to symbolise peace since ancient times. Wars between states were suspended during the Olympic Games, and the winners were given crowns of olive branches.

Be the first to review “Greek Symbol of Peace” Cancel reply