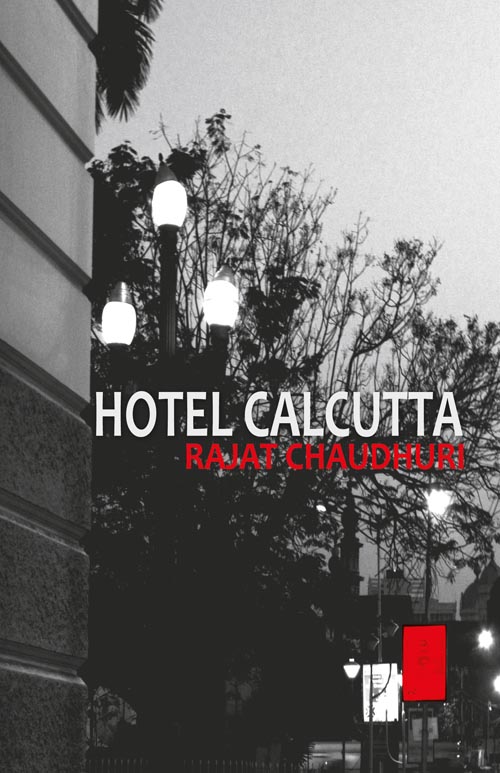 :
Rajat Chaudhuri has published several short stories and a critically acclaimed debut novel, set in Calcutta. A past Fellow of the Sangam House International WriterÃƒÂ¢Ã¢â€šÂ¬Ã¢â€žÂ¢s Residency, ChaudhuriÃƒÂ¢Ã¢â€šÂ¬Ã¢â€žÂ¢s short fiction has appeared in Eclectica, Underground Voices, Notes from the Underground, LÃƒÂ¢Ã¢â€šÂ¬Ã¢â€žÂ¢Allure des Mots and other snakepits of the international literary underground. He has also reviewed fiction for Sahitya AkademiÃƒÂ¢Ã¢â€šÂ¬Ã¢â€žÂ¢s Indian Literature journal, The Asian Review of Books and The Telegraph. One of his short stories was the winning entry of the Wordweavers Fiction Contest, 2011. Before turning to writing full-time, Chaudhuri has been a consumer rights activist, an economic and political affairs officer with a Japanese Mission and a climate change advocate at the United Nations, New York.

ABOUT THE BOOK
:
The century-old Hotel Calcutta run by an Englishman, is under threat from land sharks who want to raze it and build a shopping mall. As the staff stare at uncertain times, a monk turns up at the hotel and prophesies that the hotel will still stand only if a wall of stories can be built. Peter DuttaÃƒÂ¢Ã¢â€šÂ¬Ã¢â‚¬Âthe managerÃƒÂ¢Ã¢â€šÂ¬Ã¢â‚¬Âthough a little unsure, is ready to give it a shot and begins looking for a storyteller. A painter, who has just stepped into the bar, volunteers to tell the first story. Next is PeterÃƒÂ¢Ã¢â€šÂ¬Ã¢â€žÂ¢s turn. As the storytelling fever catches on, new guests arrive every day, among them a shifty-eyed producer of porn flicks, an American woman who hears the footsteps of a dead soldier in the corridor and finally an odd pair who pretend to be war historians. It seems they have all arrived there with a purpose. Will their stories protect the hotel or will it crumble under the sledgehammers of the land sharks

Be the first to review “Hotel Calcutta” Cancel reply