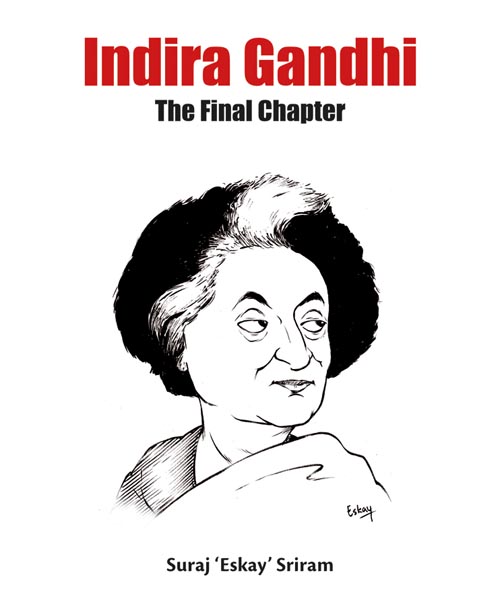 Suraj Sriram was a freelance cartoonist in Mumbai from 1976 to 1984. Known in the media circles as ÃƒÂ¢Ã¢â€šÂ¬Ã‹Å“EskayÃƒÂ¢Ã¢â€šÂ¬Ã¢â€žÂ¢, his editorial cartoons and illustrations have appeared regularly in most leading newspapers and magazines published in the city. He left for the United States of America in 1985, where he freelanced as a cartoonist in Massachusetts and Rhode Island and also taught cartooning in schools, colleges and design institutions.
He is a member of the National Cartoonist Society of America and has received awards for his editorial cartoons from the New England Press Association. Though retired and currently back in India, his editorial cartoons continue to be published weekly and monthly in leading business papers in Boston, USA.

Be the first to review “Indira Gandhi: The Final Chapter” Cancel reply