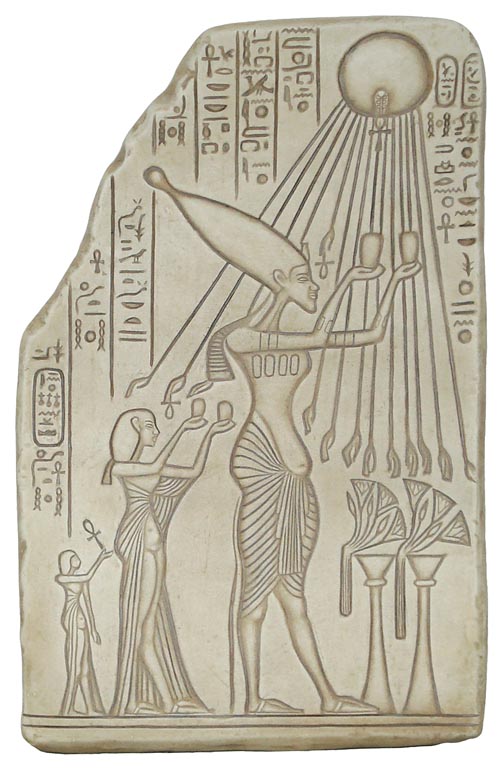 Akhenaton, originally named Amenhotep IV, ruled Egypt for 17 years (1367-1350 b.c.) together with his beautiful Queen Nefertiti, he was Son of Amenhotep III. The priesthood of Amun at Thebes, enormously enriched by the tribute donated by the Pharaohs to the God, became the real power. Like his father before him, Akhenaton initially recognized the power of the priests of Amun at Thebes but after the fifth year of his reign, he changed the state cult of Amun to that of Aten, the unique God represented as the sun-disk with its rays ending in small hands. He also assumed the name Akhenaton (“the glory of the Aten). This began two decades of religious reforms overthrowing millenia of traditional religious and civil life. Here, Akhenaton together with his wife Nefertiti and one of their daughters are seen worshipping the Aten.