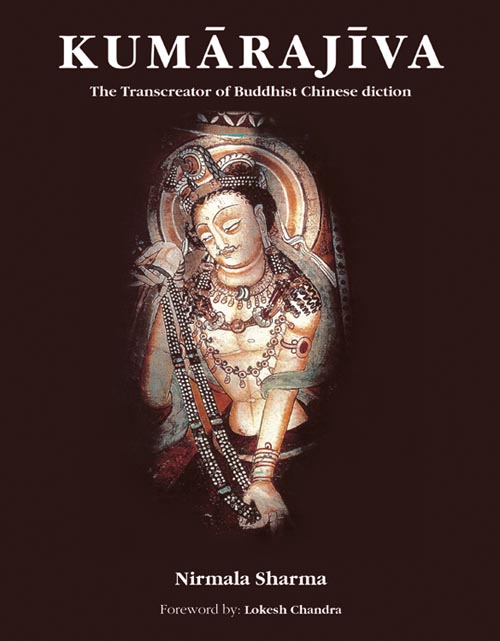 About the Author
Nirmala Sharma is an Art Historian and a Professor of Buddhist studies at the International Academy of Indian Culture, New Delhi. She is working on a project of Indira Gandhi National Centre for the Arts on ÃƒÂ¢Ã¢â€šÂ¬Ã…â€œIconography of the Mandals of the Dukhang of AlchiÃƒÂ¢Ã¢â€šÂ¬Ã‚Â. With two masters degrees, one in Fine Arts and the other in Ancient Indian History Culture and Archaeology, her PhD thesis is on the Ragamala paintings. She has been awarded two gold and a silver medal for best papers read at the Gujarat Itihas Parishad. She is a recipient of National Fellowship in Fine Arts, Nagpur University and has been a senior fellow of the American Institute of Indian Studies. She has delivered lectures on Indian Art and Culture (Paintings, Sculptures and Monuments) as a senior Faculty at the Academic Staff College, Gujarat University from 2001-2004. Being a member of the Association of British Scholars, she has delivered lectures at the British Library, Ahmedabad, also lectured to IFS probationers at New Delhi, School of International Studies, Nirma University, Gujarat on serveral occasions, Russian Centre for Science and Culture on the Roerichs, and to students of Osaka in India. She has also spoken at the Florida Atlantic University and the Granada University. Read papers in Indonesia on the Borobudur, on the Roerichs at Moscow, and on Buddhist sculptures at Budapest and in several places in India. She has made educative films for Doordarshan on the monuments, step wells, sculptures, textiles and paintings. She held a senior position as a designer of textiles and costumes in industries with specialization on the software for the weaving looms. She has published several articles on Textiles. She is a member of the Indian Art History Congress, Association of British Scholars and the Programme Advisory committee at IGNCA. Her books include Bamiyan Hariti and Kindred Iconics, Ragamala Paintings, Buddhist Paintings of Tunhuang in the National Museum, New Delhi

This work by Prof. Nirmala Sharma is the first full-length narration of the extraordinary life, immense literary output, manifold philosophical perspectives of Kumarajiva and the development of a new translation methodology by him. He is the great transcreator of Buddhist Chinese diction. His oeuvre covers all genres of Buddhist literature. All his works, both extant and lost, are detailed. The author discusses at length his crucial texts that became the foundation of sects and philosophical systems in East Asia. Kucha the homeland of Kumarajiva excelled in painting, music and dance. Around a hundred illustrations of murals and scrolls vividly portray this ambience of Kucha.
The author has added a writeup of President Daisaku Ikeda, whose devotion to the unparalleled monk-translator adds to the deep understanding of the mind and message of Kumarajiva to humanity. President Ikeda discusses KumarajivaÃƒÂ¢Ã¢â€šÂ¬Ã¢â€žÂ¢s new systematization of terminology to bring greater clarity to Buddhist thought and practice.
The author ends the book with the translation of the original Chinese life of Kumarajiva, translated by Prof. J. Nobel, from the Lives of Eminent Monks written by Hui-chiao in AD 519. The original text in Chinese has also been reproduced.

Be the first to review “Kumarajiva: The Transcreator of Buddhist Chinese diction” Cancel reply