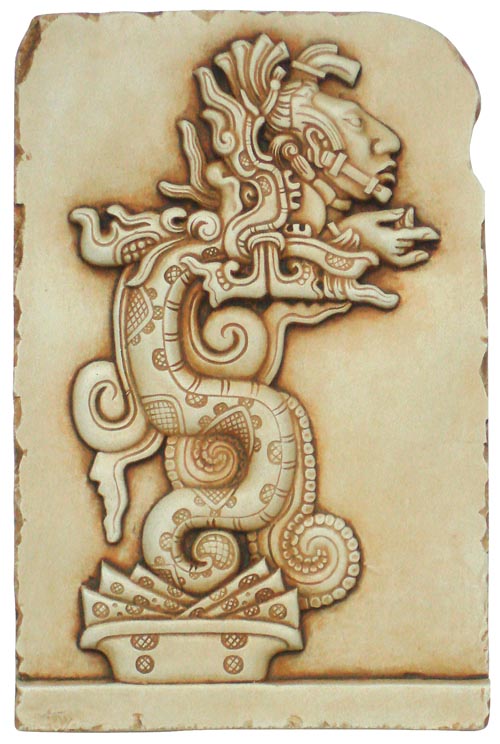 The maya vision serpent symbolizes the passage of ancestral spirits and the gods of Xibalba (the maya underworld) into our world. In states of ecstasy and usually following penis or tongue bloodletting, particularly as graphically depicted at Yaxchilan, maya mobility invoke the vision serpent. During special ceremonies, bloody papers were burnt in a sacred bowl and from it, this great undulating serpent rises and from its mouth emerges an ancestor or, occasionally, a deity. The serpent itself then, is probably what one sees in the clouds of smoke rising from the burning sacrifice, and cloud symbols may flank the vision serpent’s body. The vision serpent can be the vehicle by which ancestors or deities make themselves manifest to humanity. This sculpture depicts a version with a single head and personified blood scrolls attached to its tail.

Be the first to review “Maya Vision Serpent” Cancel reply