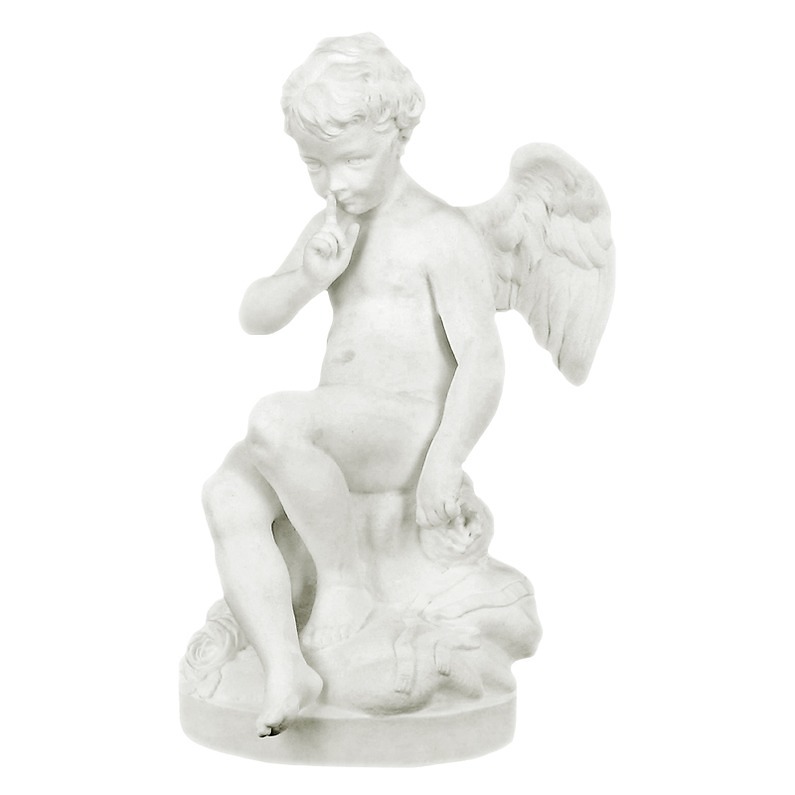 From 1757 to 1766, Etienne Falconet was the Director of the sculpture workshop at the Royal Sevres Porcelain Factory, where he created numerous models, several of which are the most popular models ever. One such creation is “Menacing Cupid”.
In the previous generation of sculptors, Boucher had made doll-like chubby children that fidgeted this way and that. Falconet, on the other hand, created an Eros: a child as idealised as he is mischievous, who is not in fact threatening anyone, his finger simply asking for silence.
Cupid is the confidant of Venus, for whom he keeps the secrets of her love life. He is on the verge of taking an arrow out of his quiver with his left hand. He is called “Menacing”, which stirs the imagination to reflect upon the dangerous nature of love.
Falconet, who was filling an order from Madame de Pompadour, had named the marble model of this sculpture “Cupid”.
A smaller marble version was made in 1755. The first soft bisque porcelain statuette of this child was created by the Sevres Porcelain Factory in 1758.

Be the first to review “Menacing Cupid” Cancel reply