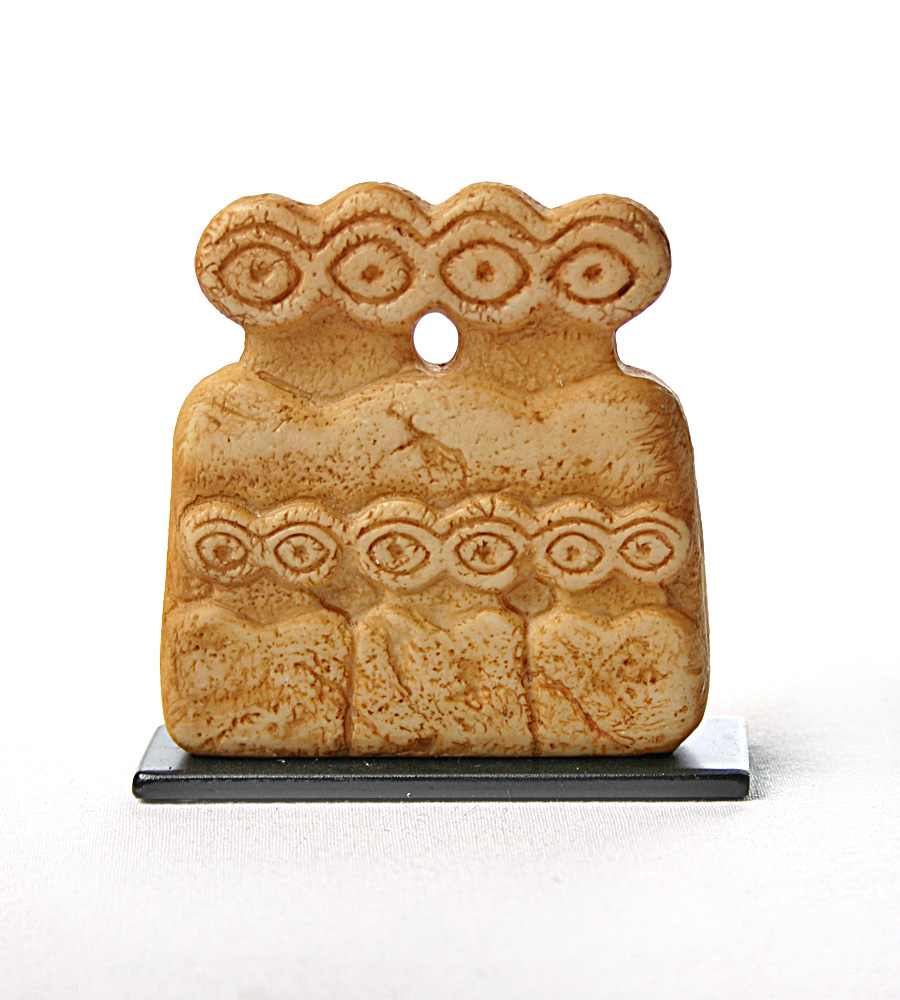 Eye Idol Miniature Statue (Mesopotamia, ca. 3000 BC)
In 1937, English archaeologists discovered the remains of a remarkable temple near the city of Tell Brak in North-eastern Syria. The plasterwork proved to contain hundreds of alabaster idols. They all had angular, flat bodies and small heads with over-sized eyes. They were called eye idols and the temple was nicknamed the eye temple.

During the fourth and third millennium BC, Tell Brak was one of the most important towns in Northern Mesopotamia (the land between the two rivers, the Euphrates and the Tigris). The fortified town controlled the principal trading route through the Tigris Valley, along which metals from Anatolia to the north were brought in and through which the caravans traveled to and from the Mediterranean.

This particular Eye Idol Statue illustrates two pairs of larger eyes on simplified bodies with three small pairs below. It suggests a family formation but whether this is intended is unknown. The eyes are enlarged and exaggerated. In other cultures, the eye is an important symbol of knowledge and warding off evil spirits.