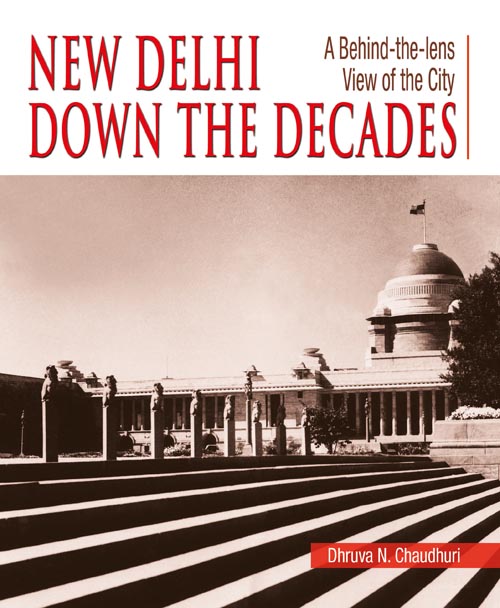 New Delhi Down The Decades : A Behind-the-lens Views of the City

:
Dhruva N. Chaudhuri is a renowned photojournalist. He began his career with The Statesman in Delhi and Kolkata at the age of eighteen. He has worked with leading dailies and magazines in India, including The Illustrated Weekly of India. His photographs have been published in several foreign newspapers and magazines.The Millennium Book on
New Delhi showcased over forty photographs by him. His books, Delhi: Light, Shades, Shadows and Nirad C. Chaudhuri: Many Shades, Many Frames, both published by Niyogi Books, have been very well received. He is reputed for his knowledge of architecture and understanding of nature. He is deeply interested in wildlife photography as well

ABOUT THE BOOK
:
After considerable exploration,the present location of New Delhi ÃƒÂ¢Ã¢â€šÂ¬Ã¢â‚¬Âaround Raisina Hill, south of the old city of Shahjahanabad ÃƒÂ¢Ã¢â€šÂ¬Ã¢â‚¬Âwas found. The construction work on New Delhi was held up due to World War I. It was resumed with full force in 1919.

Be the first to review “New Delhi Down The Decades : A Behind-the-lens Views of the City” Cancel reply