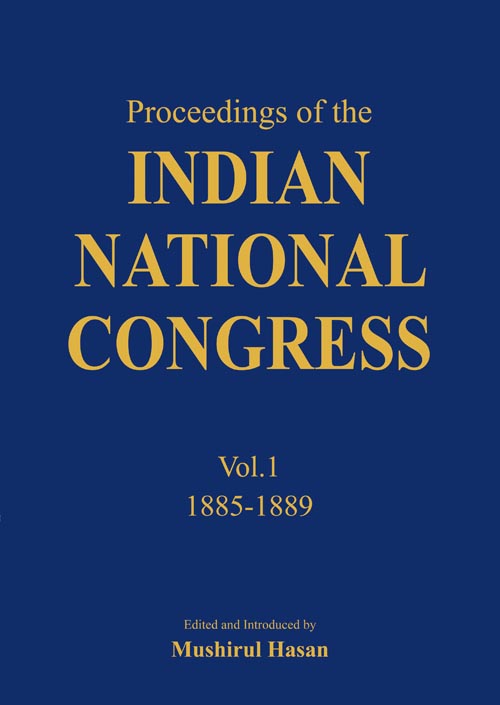 :
Professor Mushirul Hasan is an internationally renowned historian, prolific author and former Vice-Chancellor of Jamia Milia Islamia University, Delhi. Professor Hasan has also authored Partners in Freedom: Jamia Milia Islamia (Niyogi Books, 2006);Mutiny Memoirs (Niyogi Books, 2009); and The Avadh Punch: Wit and Humour in Colonial North India (2007) as part of the Punch series brought out by Niyogi Books. He has written extensively on the Partition of India, on communalism and on the histories of Islam in South Asia. Professor Hasan was the elected President of the Indian History Congress in 2002. In 2007, he was awarded the Padma Shri by the Government of India and in 2010 the Ordredes Palmes AcadÃƒÆ’Ã‚Â©miques was conferred upon him by the French Government. He is presently the Director-General of the National Archives of India. His next book is Gandhi, Islam and The Nation.

ABOUT THE BOOK
:
This book traces the growth of the Indian National Congress. It provides a historical perspective to the concept of nationalism in India during 1890-1894.