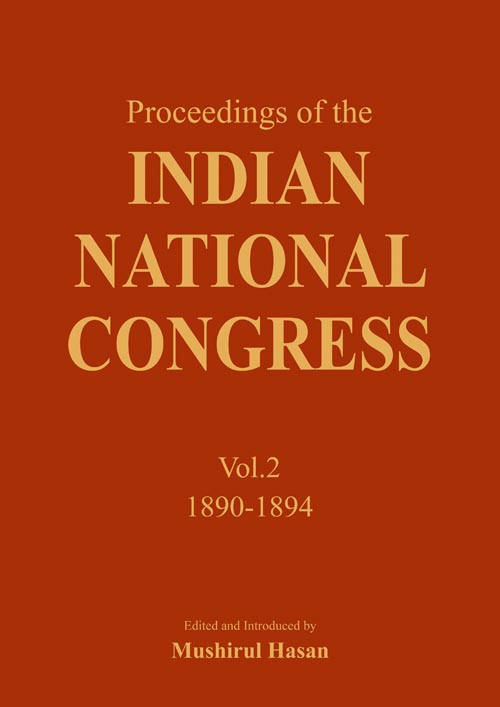 Mushirul Hasan Internationally known historian and author and a Padmashree awardee, Mushirul Hasan has, among other notable contributions, explored the lives of the Congress Muslims,who survive on the margins of the dominant discourse on Indian nationalism. He is abiographer of Mohamed Ali, M.A Ansari and has published their correspondence and speeches. He has edited a collection of essays on Maulana Abul Kalam Azad and co-authored a major biography of Jamia Millia Islamia. He has introduced the proceedings of the Indian National Congress, of which the first volume is already out. His much-awaited new book Political Prisoners, with Niyogi Books, is due to be published soon. Mushirul Hasan has served as Vice- Chancellor, Jamia Millia Islamia, and as Director-General of the National Archives of India. Professor Hasan has recently been awarded the prestigious Jawaharlal Nehru Fellowship for his projectÃƒÂ¢Ã¢â€šÂ¬Ã¢â‚¬Â Roads to Freedom: Prison, Prisoners and Colonialism.

This book is the second of a series of 13 Volumes which will document and present the proceedings of the Indian National Congress from 1885 to 1947.These volumes are not just a record of Congress speeches and resolutions, but they also capture the mental, emotional, and political life of late-nineteenth and early twentieth century India. They are probably the first authentic version of the Congress proceedings