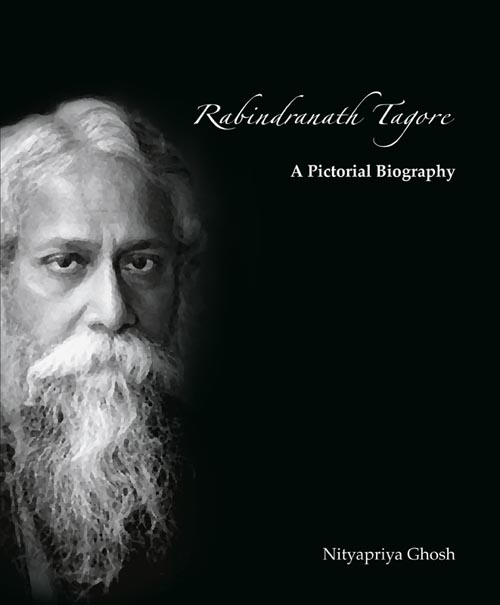 Born (3 December 1934) at Barisal town, Nityapriya Ghosh came to Calcutta with his family in 1947. He studied in Hindu School, Presidency College and Calcutta University. After a stint as a college lecturer in English and a brief tenure in the Government of IndiaÃƒÂ¢Ã¢â€šÂ¬Ã¢â€žÂ¢s central civil service, he was a corporate publicity and public relations executive, retiring from service in 1992.
Working as an assistant editor in 1966-1967 with Samar Sen, the editor of Now, he wrote a monograph on him, for Sahitya Akademi, New Delhi, in 1990. He contributed to The Statesman, Calcutta, as its weekly television columnist for ten years. A book reviewer for newspapers and magazines, he has co-edited a book of documents on the Partition of Bengal, 1905. He has written three books of essays in Bengali on popular literature. A prolific writer, he has also written and edited several books on Rabindranath Tagore; Dakgharer Harkara, Ranur Chithi Kabir Sneha, The English Writings of Rabindranath Tagore, Vol. 4 (edited), Mukher Katha Lekhar Bhashay, Vol. 1-4 (edited) and In the Company of a Great Man being a few of them.

ABOUT THE BOOK
Rabindranath Tagore, a name very close to our hearts, evokes a feeling of pride,
awe and inspiration and continues to arouse our curiosity to know more about this multi-faceted personality. Biographers have either tried to analyse his works in the light of his life or in the perspective of his contemporary time. This book chronicles the PoetÃƒÂ¢Ã¢â€šÂ¬Ã¢â€žÂ¢s contributions in the context of the period to which he belonged, bringing into light those incidents, anecdotes and issues which have often been overlooked but which nonetheless are significant as they enable us to understand Tagore better.
His role as a son, brother, husband, father; his accomplishments as a poet, philosopher, writer, painter, choreographer, actor; his relations with his family, friends, contemporary writers and poets, as well as predecessors; his correspondences with the political leaders of his time within the nation as well as abroad; and above all, his interpretations about life, revealing his quest for love, faith and devotion and his deep-rooted anguish, his unfulfilled dreams and expectations as projected in the broad sweep of this lucid narration reveal two facets of the PoetÃƒÂ¢Ã¢â€šÂ¬Ã¢â‚¬Âa man of extraordinary abilities yet a man having ordinary expectations, who could thereby understand the joys and sorrows of the common man keeping aside his own gains and losses. And it is for this reason that Tagore remains dear to all people
cutting across boundaries, generations, caste, creed or sect.

Be the first to review “Rabindranath Tagore: A Pictorial Biography” Cancel reply