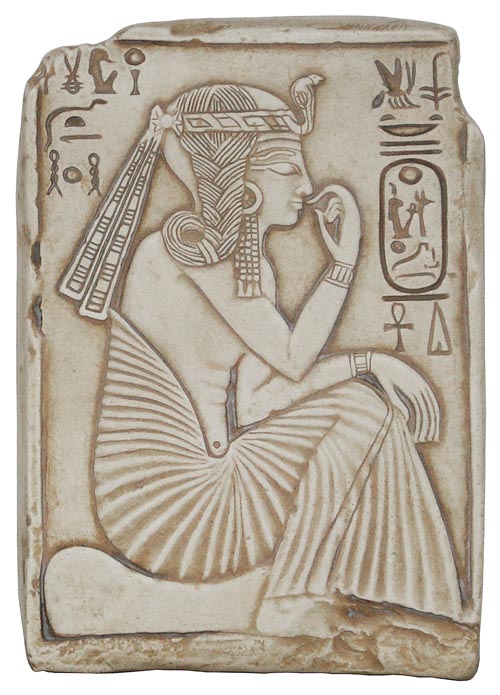 Ramses ll as a child

This representation of the Great Pharaoh of Egypt shows the King as a child with a nude torso. The plait falling at one side of the shaved head is the typical ornament of a young Prince. He also has a heavy pendant in the ear, which would be abandoned after puberty and finally the finger in the mouth imitates the attitude of the young God Horus. Facing him is the name of the crowned Ramses II, clearly showing that he already is the enthroned sovereign. Ramses II is well known for the length of his reign, the numerous temples he built and his military campaigns. Ramses was the son of Seti I and was crowned Pharaoh in 1290 B.C. when he was 18 years old. Ramses had many wives but the first and favorite chief Queen was Nefertari. Ramses died at the age of 85 after ruling Egypt for 67 years.