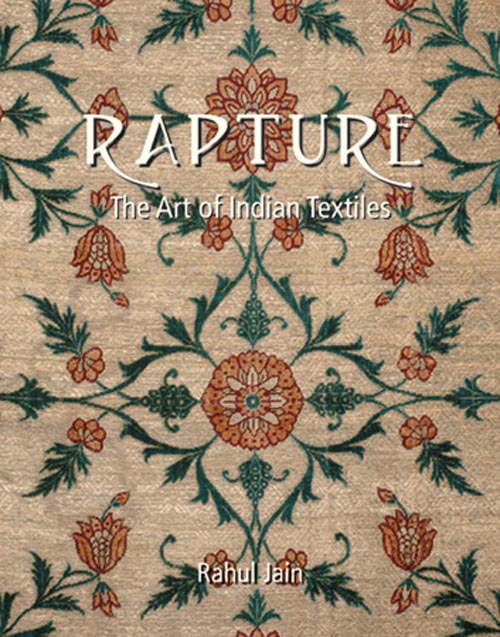 Rapture: The Art of Indian Textiles

:
Rahul Jain is a textile researcher and historian who lives and works in New Delhi. His publications include technical studies of the traditional Indian drawloom, the woven silks of Sultanate India, as well as the court velvets, sashes, and luxury fabrics of Mughal India. He has also written about contemporary Indian hand-crafted textiles. He runs a workshop of traditional drawlooms in Varanasi. The workshop weaves silk samite, lampas, and velvet textiles modelled on historical Indian and Iranian fabrics.

ABOUT THE BOOK
:
This book celebrates IndiaÃƒÂ¢Ã¢â€šÂ¬Ã¢â€žÂ¢s spectacular textile art. It takes the reader on a visual odyssey spanning 500 years, tracing the images created on cloth for IndiaÃƒÂ¢Ã¢â€šÂ¬Ã¢â€žÂ¢s magnificent courts and temples, as well as for more distant but not less discerning patrons in Europe and Asia. It showcases the motifs and colours of some of the most remarkable Indian textiles to have survived from the past. Several of these have never been published before, and some appeared in textile books and journals so many decades ago that they are now nearly unknown. At a time when specialist studies have confined the appreciation and study of IndiaÃƒÂ¢Ã¢â€šÂ¬Ã¢â€žÂ¢s historical textiles to academic circles and connoisseurs, this book offers a unique survey of the subject to a new generation of textile enthusiasts, practitioners, and researchers.

Be the first to review “Rapture: The Art of Indian Textiles” Cancel reply