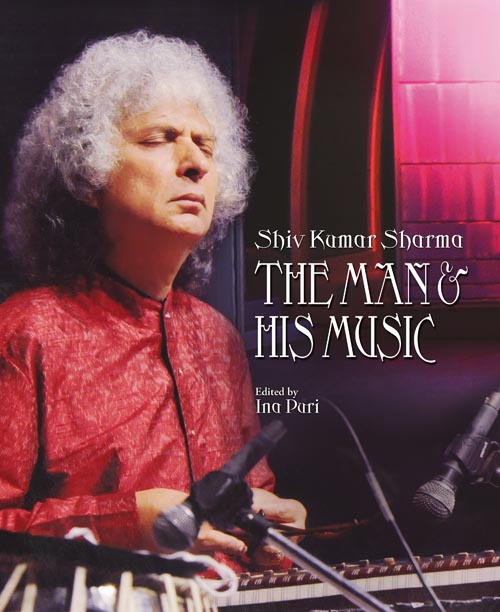 :
Ina Puri has been associated with the visual and performing arts, writing and curating exhibitions in India and abroad for over two decades. She has collaborated with Pandit Shiv Kumar Sharma and published a memoir titled Journey with a Hundred Strings: My Life in Music, which was later translated into other regional languages. She has also collaborated with Jabbar Patel on his biopic Antardhwani, which received the National Award. She has written several books on contemporary artists, including a memoir on Manjit Bawa, In Black & White. Ina received the Swarna Kamal for her film Meeting Manjit, which was directed by Buddhadeb Dasgupta.

ABOUT THE BOOK
:
SHIV KUMAR SHARMA: THE MAN & HIS MUSIC: This book takes the reader on a journey that goes back to a time when the santoor maestro first started out as an adolescent learning the rudiments of Indian classical music under the guidance of his guru and father, Uma Dutt Sharma. It traces, through fascinating text and rare photographs, the life of the young boy who dared to dream that he would make his name among the greatest musicians of the country and then went on to receive the Padma Vibhushan.The author, Ina Puri, has been associated with the visual and performing arts, writing and curating exhibitions in India and abroad for over two decades. Ina draws upon her association with Shiv Kumar Sharma and engages him in an animated dialogue that touches upon his life and music. The book also contains two essays by Pandit Vijay Kichlu, distinguished fellow musician and an old friend of Shiv Kumar Sharma and Manek Premchand, a renowned film historian.

Be the first to review “Shiv Kumar Sharma: The Man & His Music” Cancel reply